The German Foreign Ministry wrote on Twitter the peace process in Donbas requires a new impetus. 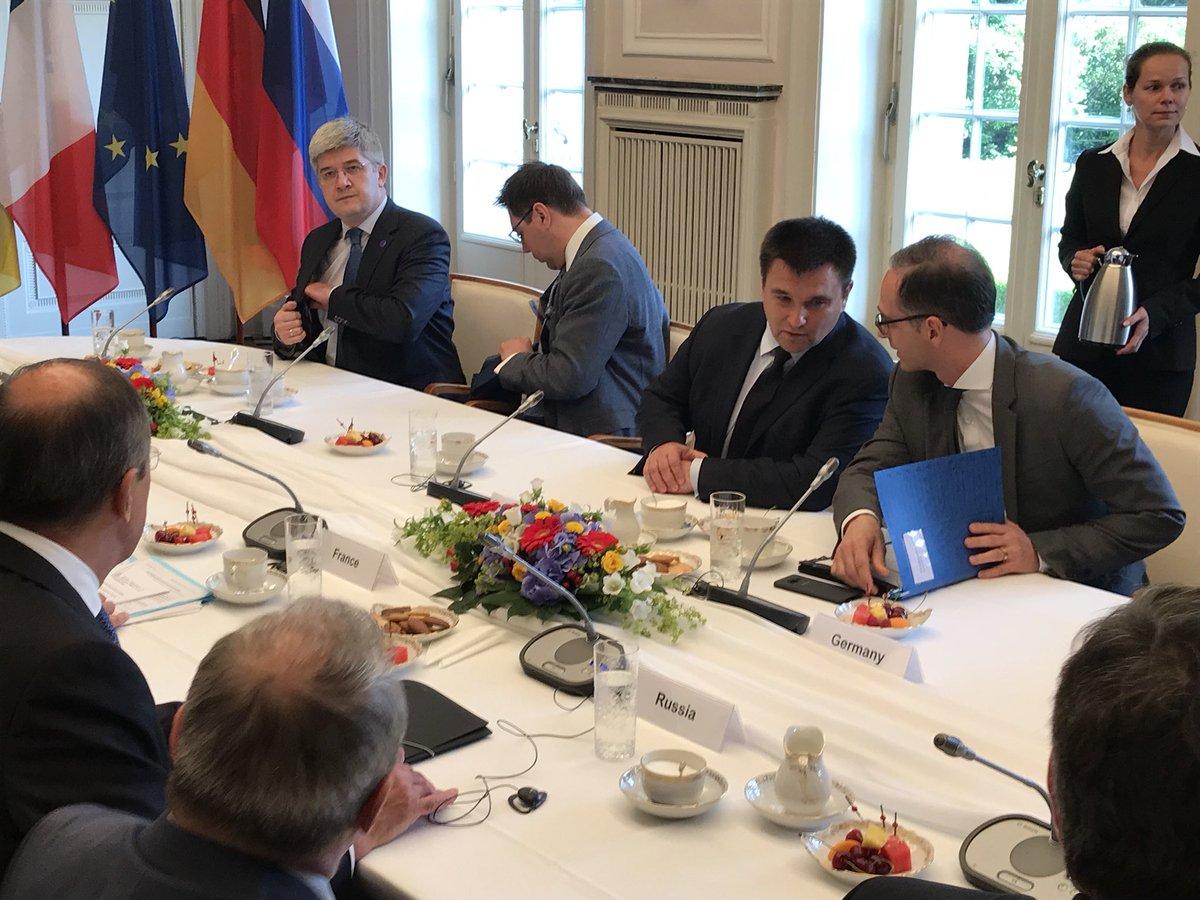 Foreign ministers of the Normandy Four have started negotiations in Berlin on the settlement of the armed conflict in Donbas.

"The Normandy talks have started in Berlin," Ukrainian Ambassador to Germany Andrij Melnyk wrote on Twitter.

The talks are being held with the participation of foreign ministers of Ukraine Pavlo Klimkin, Germany Heiko Maas, France Jean-Yves Le Drian and Russia Sergey Lavrov.

In turn, the German Foreign Ministry wrote on Twitter the peace process in Donbas requires a new impetus.

"The peace process in Ukraine requires a new impetus: foreign ministers from Russia, Ukraine, France and Germany are now meeting in Berlin. The first meeting of foreign ministers in the Normandy format for more than a year," the ministry tweeted.

The ministry also posted a photo of all four ministers who were photographed in front of the Villa Borsig on the outskirts of Berlin, where the meeting is taking place.

If you see a spelling error on our site, select it and press Ctrl+Enter
Tags:NormandyFourmeetingBerlinforeignministers