First Vice Speaker of the  Ukrainian Parliament noted that the issue of Ukrainian hostages and political prisoners in Russia was discussed for nearly an hour and a half during a Monday meeting of the Normandy Four foreign ministers. 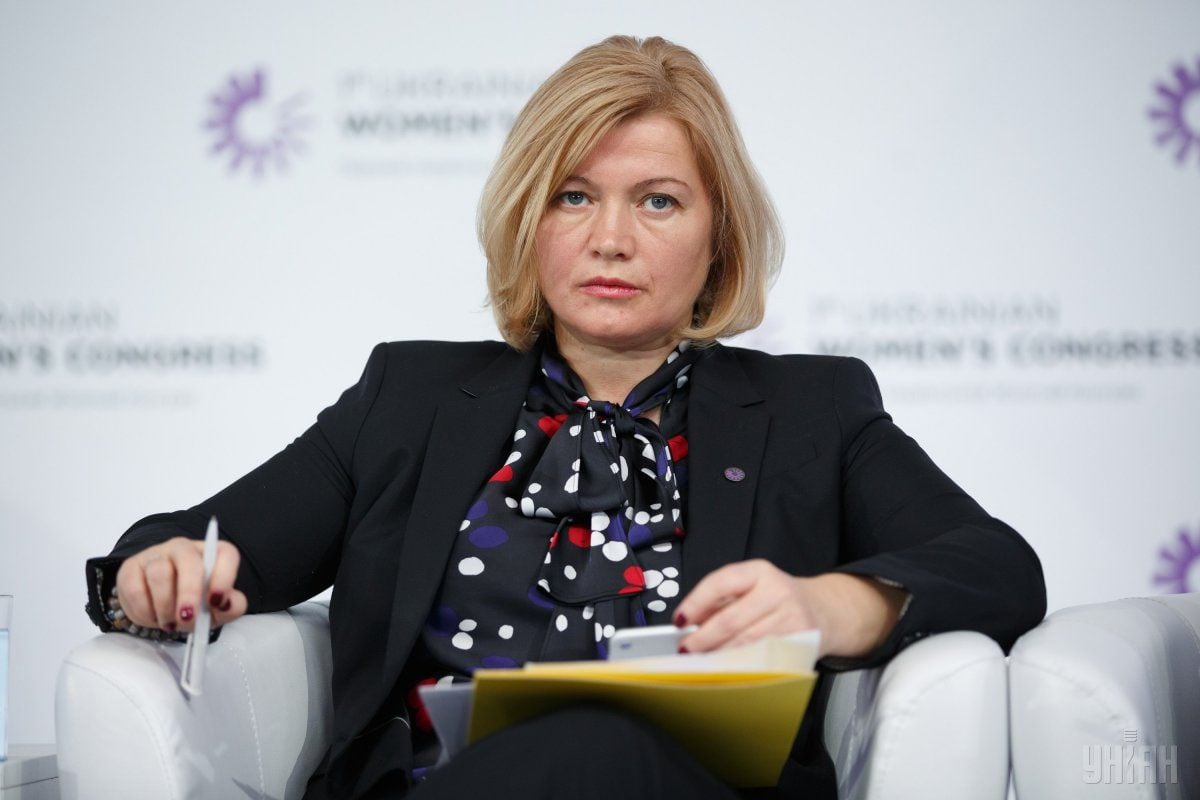 The Ukrainian side is ready to go for a compromise, again, aimed at releasing all hostages and political prisoners illegally kept in the occupied Crimea, Donbas, and in the territory of the Russian Federation, according to Iryna Gerashchenko, Ukraine's envoy to the humanitarian subgroup of the Trilateral Contact Group on Donbas settlement, who is also First Deputy Chair of the Verkhovna Rada of Ukraine.

Minister of Foreign Affairs of Ukraine, Pavlo Klimkin, informed Gerashchenko about the outcome of a meeting held in Berlin between the Normandy Four top diplomats June 11, the envoy wrote on Facebook.

In particular, the minister said that for the first time in the history of Normandy Four meetings, the topic of the release of hostages and political prisoners was being discussed for an hour and a half, and for the first time the initiative was considered of admitting human rights commissioners to detainees in Russia and Ukraine.

"We also talked about the number of detainees and specific names and people's fates. Our partners from France and Germany also note the principle and priority of resolving this humanitarian issue, which should not be politicized (it's great that during their visits to Ukraine, the ministers met with the families of hostages)," Gerashchenko wrote.

"We are ready for a compromise on the issue of detainees in order to get everyone out as soon as possible.Another painful issue was also raised, that is, the search for missing persons and the admission to prisons of representatives of the International Committee of the Red Cross. The Ukrainian side is ready to work actively, so that the next wave of liberation takes place as soon as possible," the official summed up.

As UNIAN reported earlier, following the meeting of the Normandy Four foreign minsters, Klimkin said that the issues of the deployment of the UN peacekeeping mission in Donbas were discussed in detail and for the first time the parties touched upon the issue of the release of Ukrainian political prisoners illegally held in Russia.

Also, Klimkin stressed the need to maintain pressure on Russia in order to have hostages and political prisoners released.

On May 30, Gerashchenko said that Russia refused to agree to Ukraine's initiative to exchange 23 Russian convicts imprisoned in Ukraine for Ukrainian political prisoners in Russia.

Before that, on the same day, Deputy Foreign Minister of the Russian Federation Grigory Karasin stated that Moscow had not received any new appeals from Kyiv on the exchange of convicts.

If you see a spelling error on our site, select it and press Ctrl+Enter
Tags:RussiaUkraineNormandyFourtalksGerashchenkoLetMyPeopleGoprisonerswap