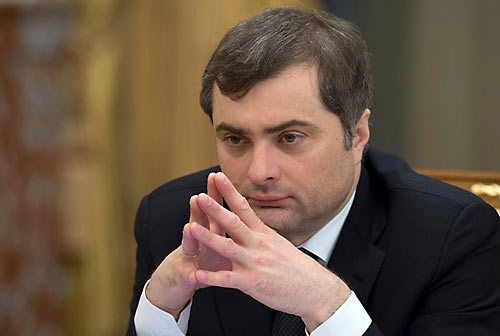 Russian President's Press Secretary Dmitry Peskov says Vladislav Surkov, whom Russian President Vladimir Putin on Wednesday reappointed as his aide, will continue to supervise in the administration of the Russian president. the issues related to the occupied Donbas.

Answering the question from an UNIAN correspondent in Russia on whether Surkov will continue to supervise Donbas after the reassignment, Peskov said: "Yes."

A report based on the leaked emails of a deputy to Vladislav Surkov, the inﬂuential Kremlin aide who some call Putin’s Rasputin, revealed a sophisticated strategy to prepare public opinion in Zaporizhia region in eastern Ukraine for a potential pro-Russian takeover. The operation was codenamed "Troy."

If you see a spelling error on our site, select it and press Ctrl+Enter
Tags:RussiaDonbasUkrainePutinSurkov