Poroshenko: Ukraine doing all it can not to leave Donbas people in trouble 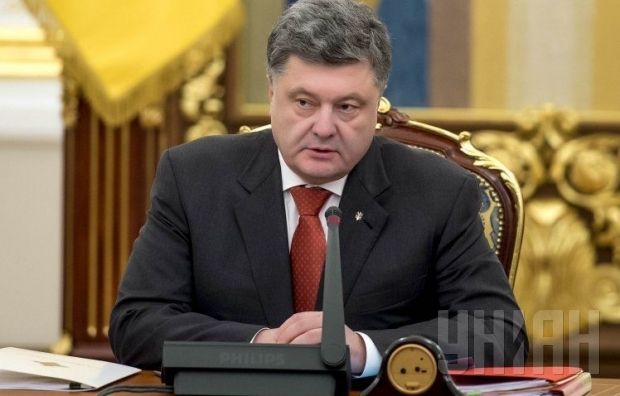 Poroshenko said he was convinced that the people who live in the territories occupied by Russian-backed insurgents have become more aware of who is actually defending their interests.

"People see that these armed men are simply bandits. They come, take goods, rob, kill, while they cannot provide some basic needs of the people," Poroshenko said.

"The residents of the occupied territories are increasingly protesting, demanding that the bandits leave their native land. People say they lack food, water and heat, the banking system has been destroyed and they do not have money, because the terrorists stole everything," he said.

"Ukraine has not received a kopiyka (penny) from the Donbas region, but it provides it with gas and electricity, the cost of which is amounted to $700 million, and sends humanitarian aid, including food and medicine," the president said.

"The violations of the Minsk Protocol by the Russian-backed insurgents have resulted in numerous casualties. As of today, all international missions, including the OSCE monitoring mission, have officially confirmed that the terrorists have violated the agreements, firing on peaceful neighborhoods or on international observers, and they have prevented there being peace in the Donbas," he said.

"As of today, more than 600 Ukrainian soldiers and citizens, including women and children, remain in the captivity of the Russian-backed insurgents. I would insist on the implementation of the Minsk Protocol by all parties who signed it on September 5," he added.