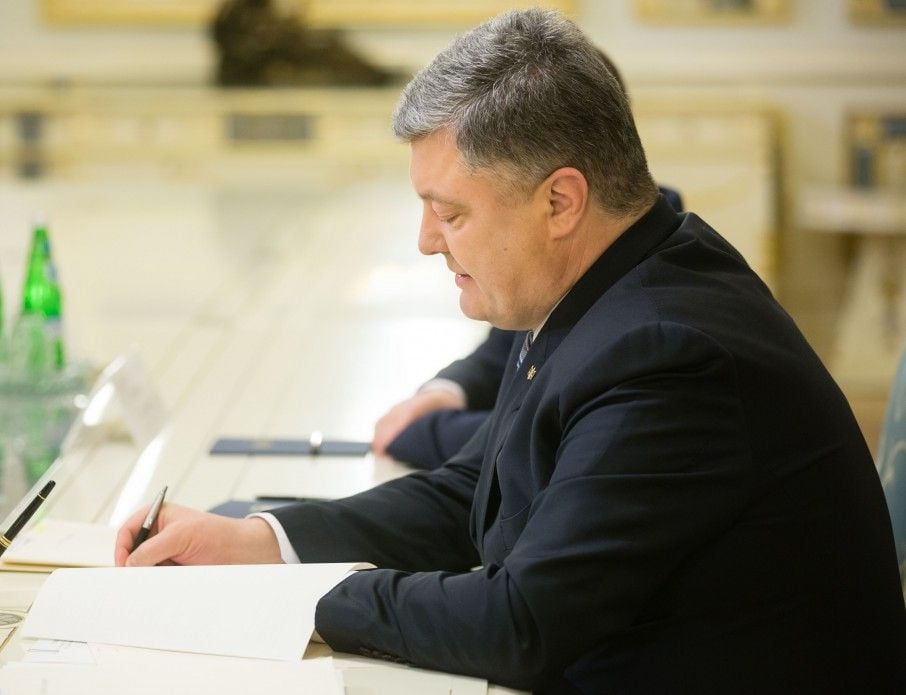 Ukrainian President Petro Poroshenko by decree No. 176 has enacted the decision of the National Security and Defense Council (NSDC) of Ukraine of June 21, 2018 "On the application and amendments to personal, special, economic and other restrictive measures (sanctions)", which provides for the extension of sanctions against individuals and legal entities of the Russian Federation.

According to the NSDC's press service, at the initiative of the Cabinet of Ministers of Ukraine and the SBU Security Service of Ukraine, sanctions were imposed against 30 legal entities and 14 individuals, resulting in the sanctions list has been updated, which now includes 1,759 individuals and 786 legal entities.

The NSDC imposed sanctions that are symmetrical to the sanctions imposed by the U.S. government on June 11 against legal entities involved in the activities of Russian special services in cyberspace, in particular: Kvant Scientific Research Institute; Divetechnoservices LLC; Digital Security Technologies LLC, ERPScan BV; Embedi Limited.

The list of legal entities subject to sanctions was supplemented by political parties and public organizations that participated in the preparation and conduct of illegal voting in the territory of the Autonomous Republic of Crimea and Sevastopol, temporarily occupied by the Russian Federation, within the framework of the elections to the State Duma. In particular, these are the Central Election Commission of the Russian Federation; the Election Commission of the Republic of Crimea; the United Russia Party; the Liberal Democratic Party; the Rodina (Motherland) Party; the Democratic Party of Russia; the Union of Veterans of Afghanistan; the Patriots of Russia Party; the Union of Pensioners of Russia; the Agrarian Party of Russia; the Communist Party of Russia; the Combat Brotherhood veteran organization; the Corps 'For Clean Elections' public movement.

In addition, sanctions were imposed against individuals involved in the preparation and conduct of illegal voting in the territories of the temporarily occupied Autonomous Republic of Crimea and the city of Sevastopol within the framework of the elections to the State Duma and against whom sanctions were imposed by the U.S. government, including famous Russian billionaire Arkady Rotenberg and members of his family.

If you see a spelling error on our site, select it and press Ctrl+Enter
Tags:RussiaPoroshenkoUkraineNSDC