U.S. NSA adviser in Moscow: Recognition of Russia's annexation of Crimea not "position of U.S." 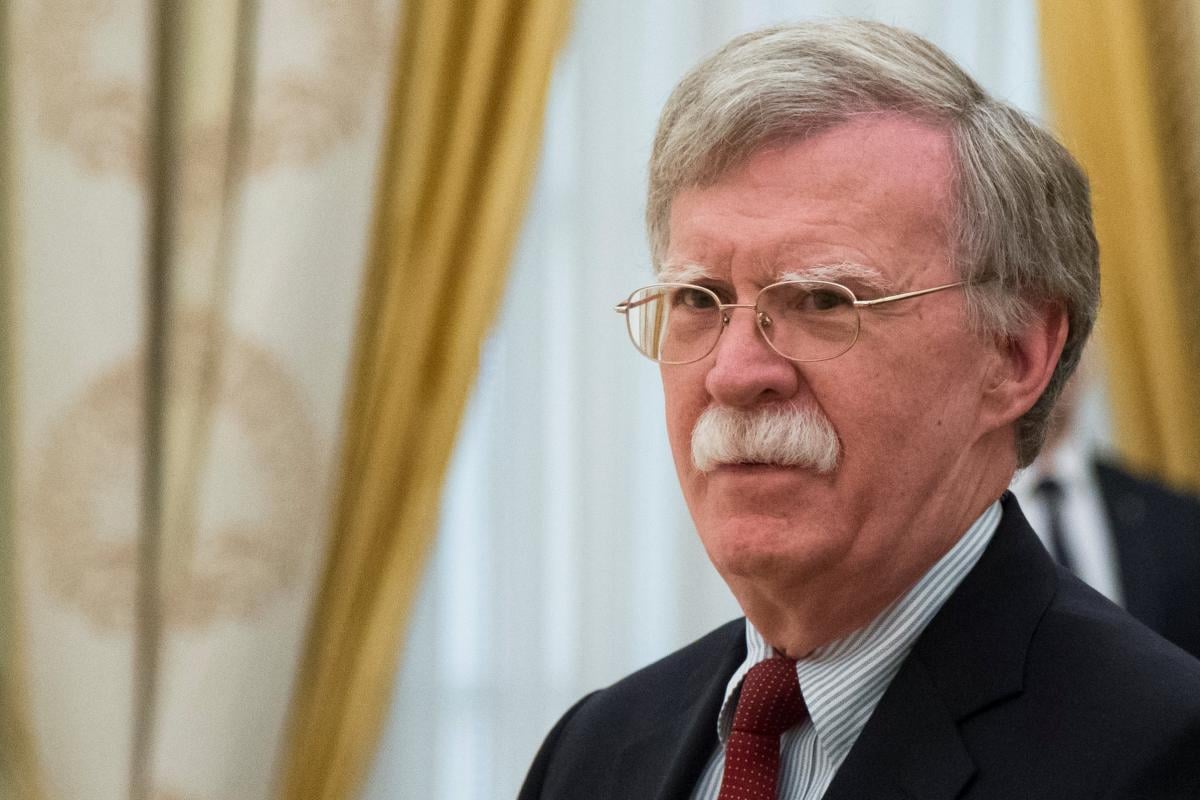 Assistant to the U.S. President for National Security Affairs (NSA) John Bolton says that the recognition of the annexation of Ukraine's Crimea by Russia is "not the position of the United States," and sanctions against Russia over Ukraine should remain in force.

"That's not the position of the United States," Bolton said in Moscow on June 27 after being asked if U.S. President Donald Trump recognizes Russia's annexation of Crimea, according to an UNIAN correspondent based in Russia.

Read alsoPutin might ask Trump to decide on Ukraine behind Kyiv's back – U.S. Senator

When asked about the position of the United States regarding EU sanctions against Russia over Ukraine, Bolton said that "the subject of the sanctions did come up" at a recent meeting with the Italian prime minister in Rome on June 26. "The U.S. position remains that the sanctions should stay in place. The issue obviously arises in the context of the European Council meeting on Thursday and Friday [June 28-June 29], but I reiterated what the U.S. position was," he said.

Bolton, who arrived in Moscow on Wednesday, met with Russian President Vladimir Putin and other Kremlin officials.

The U.S. official said that they had not covered Russia's return to G7. The G7 was formerly the G8 until 2014, when Russia was expelled over its annexation of Crimea away from Ukraine.

"Today we didn't discuss the G7/G8 idea, but I don't exclude that the two leaders could talk about it when they meet," he added.

Speaking about the agenda of an upcoming summit of Trump and Putin, Bolton said that the presidents of Russia and the United States would "proceed along the issues that they regard as most important." "I don't think we expect necessarily specific outcomes or decisions. I think it's important after the length of time that's going by without a bilateral summit like this to allow them to cover all the issues that they choose – either in a one-on-one or expanded meeting, and we'll follow their lead after that discussion takes place," Bolton said.

He did not rule out that the two presidents might reach concrete agreements.

"The fact is that's important for the leaders of these two countries to meet. There's a wide range of issues despite the differences between us where both President Trump and President Putin think they may be finding constructive solutions," he said.

If you see a spelling error on our site, select it and press Ctrl+Enter
Tags: #Russia#USA#sanctions#occupiedCrimea
Latest news