Trump on meeting Putin: 'I'll talk to him about everything' – media 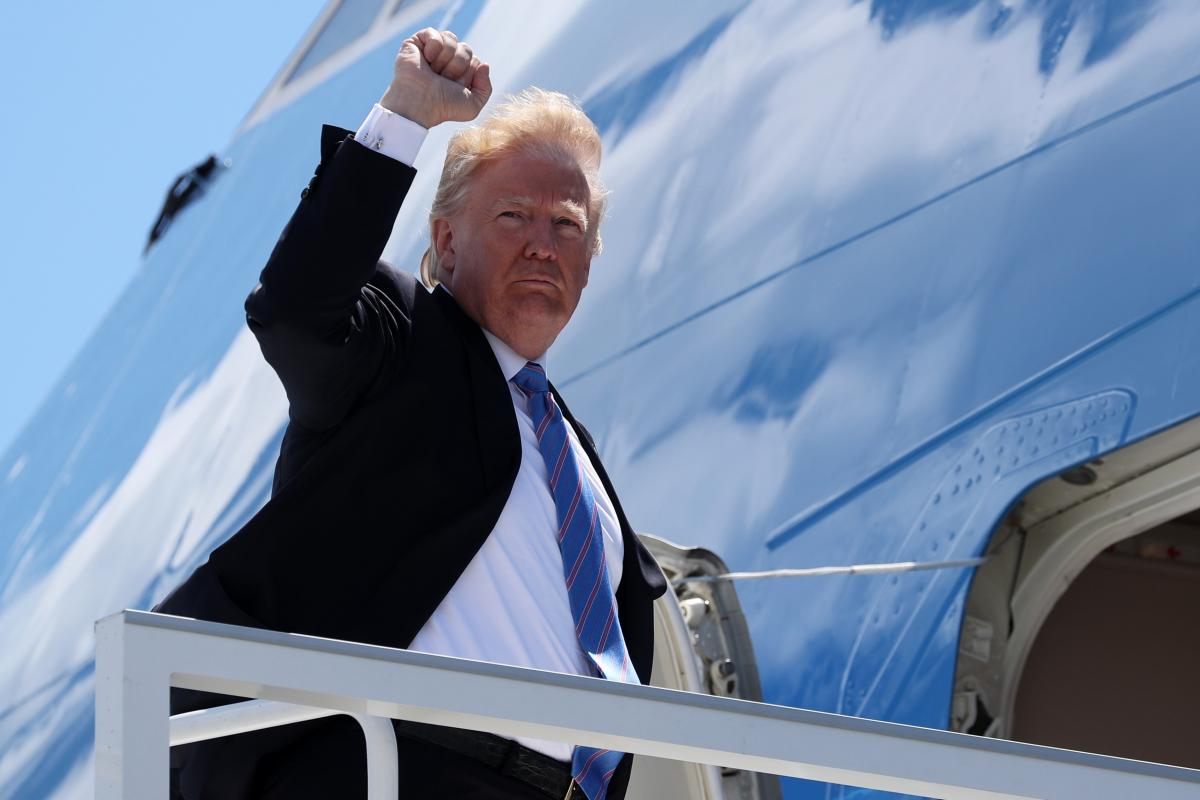 President Donald Trump said on Friday that nothing was off the table for his upcoming meeting with President Vladimir Putin of Russia.

"I'll talk to him about everything," Trump told reporters aboard Air Force One on his way to his golf club in Bedminster, New Jersey, for the weekend, according to Politico.

Trump said he planned to address election integrity when the two leaders come face to face in Helsinki, Finland, on July 16. Though Trump and Putin often speak warmly of each other, their countries are increasingly at odds when it comes to issues like foreign policy and meddling in the 2016 U.S. election.

"We don't want anyone tampering with elections," Trump said on Friday.

Read alsoPutin might ask Trump to decide on Ukraine behind Kyiv's back – U.S. Senator

Russia denies any interference in the 2016 elections, though U.S. intelligence agencies have concluded otherwise. Trump maintains there was "no collusion" between his campaign and Russia leading up to the 2016 presidential election, a subject at the core of several federal investigations.

Other topics on the table are Ukraine, Syria, Crimea and issues involving former President Barack Obama, Trump told the White House press pool on Friday. The president also said he didn't see a problem with having good relationships with Russia and China.

"Perhaps the world can de-escalate," the president said. "We might be talking about some things President Obama lost."

Just a few weeks ago, Trump met North Korea's dictator, Kim Jong Un, at a historic summit in Singapore. The talks opened the door for a potential denuclearization of the Korean Peninsula, although a path forward remains unclear.

The president reiterated on Friday that he believed Obama was to blame for the loss Crimea, another strategic peninsula. Russia was expelled from what was the G-8 over its annexation of Crimea from Ukraine.

Asked whether the U.S. would recognize Russia's claim to Crimea, the president said: "We're going to have to see."

If you see a spelling error on our site, select it and press Ctrl+Enter
Tags: #Crimea#Ukraine#Putin#Trump#meeting
Latest news