10:20, 09 July 2018
Politics
1054 0
Poroshenko believes that the Ukrainian-Polish dialogue on the painful pages of the past should be as balanced as possible. 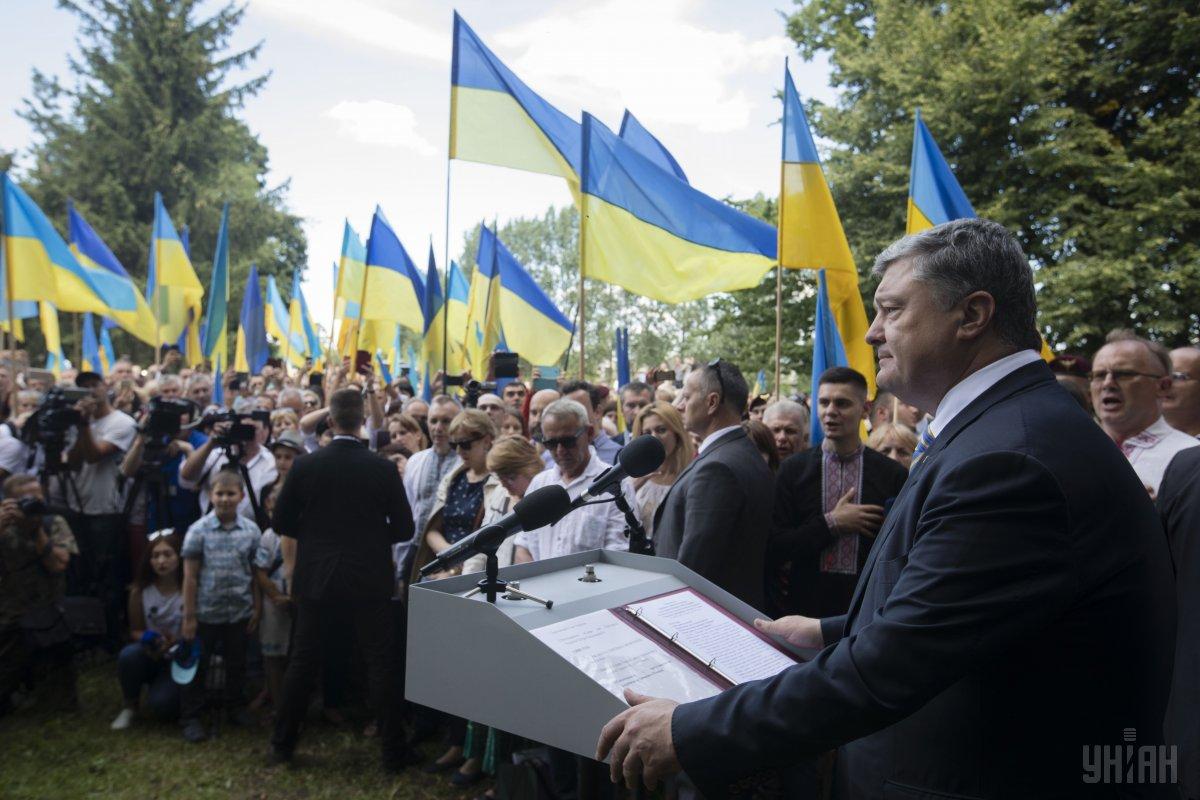 A strong strategic partnership between Ukraine and Poland will become a powerful response to the Kremlin's aggressive policy, President of Ukraine Petro Poroshenko said Sunday, speaking in Volyn at the event honoring the memory of Ukrainians, victims of the Polish-Ukrainian conflict of 1943-1944, the presidential press service reported.

"Today, realizing that a direct offensive is ineffective, other methods of war are manipulating our common past, in particular, driving a wedge between the Polish and Ukrainian peoples," Poroshenko stressed.

Therefore, the head of state is convinced: "Only a lasting strategic partnership between Ukraine and Poland will be the best powerful response to the Kremlin's aggressive policy."

Poroshenko believes that the Ukrainian-Polish dialogue on the painful pages of the past, in the conditions of the ongoing Russian aggression, should be as balanced as possible, and decisions must be well thought out.

"The dramatic Ukrainian-Polish conflict of the 1940s is a very complex issue in our common history, therefore it must be withdrawn from the sphere of politics and passed on to scholars," he said.

If you see a spelling error on our site, select it and press Ctrl+Enter
Tags: #Poroshenko#Ukraine#Poland#politics#history
Latest news