11:40, 10 July 2018
Politics
430 0
Poroshenko emphasized that everything would be done to bring Ukrainian citizens home, to release them from prison. 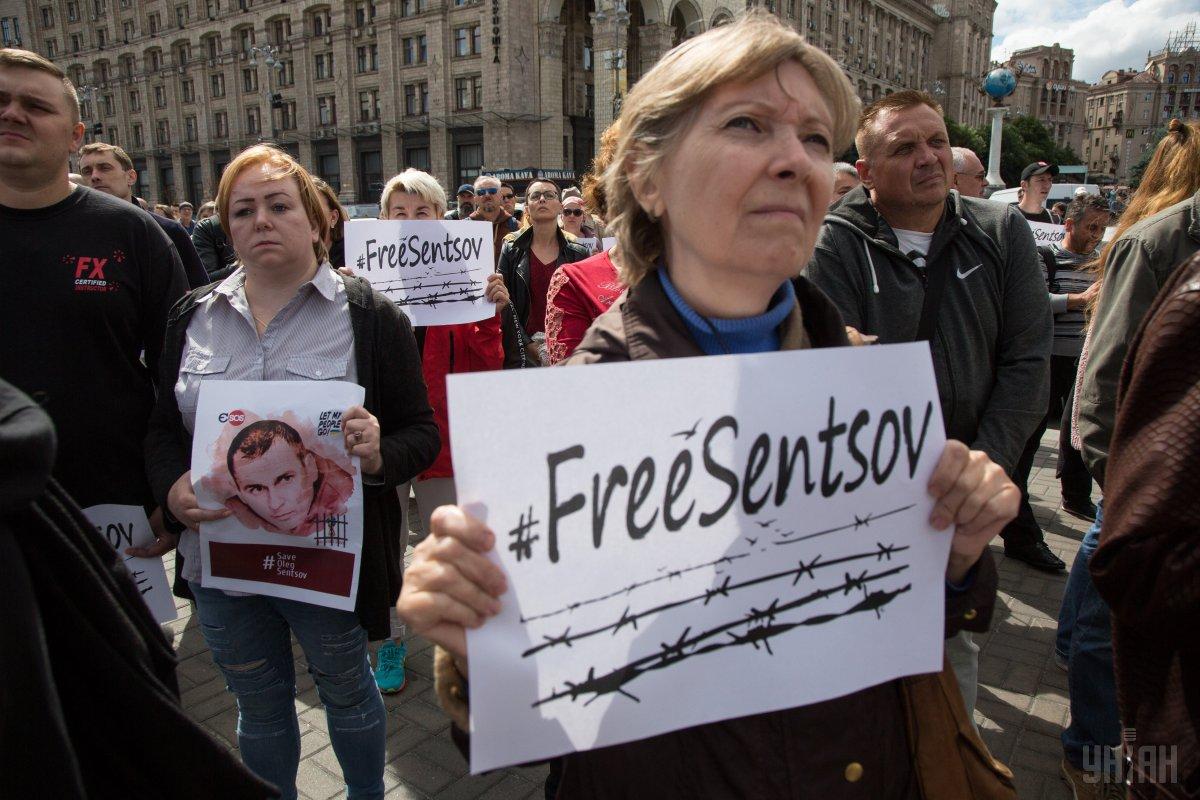 The leaders of Ukraine and the European Union in a joint declaration following the Ukraine-EU Summit held in Brussels Monday, July 9, called for the release of all political prisoners in Russia and Russia-occupied Crimea.

During the joint press conference with President of the European Council Donald Tusk and President of the European Commission Jean-Claude Juncker, President Petro Poroshenko noted: “The chance for Russia to show a sense of change is there – please, start with release of all illegally detained and imprisoned Ukrainian citizens in the Crimean peninsula and in Russia. Today, we have made a solidary call for that, name-by-name in our joint Statement,” according to the presidential press service.

The Head of State noted that for the first time in the history of the Ukraine-EU summits, the names of Ukrainian political prisoners, including the world-famous director Oleh Sentsov, Ukrainian journalist Roman Sushchenko and Ukrainian citizen, Crimean resident Volodymyr Balukh imprisoned for flying a Ukrainian flag on the balcony of his house, were included in the text of the final declaration.

"The key opportunity is to demonstrate global solidarity with Ukrainian prisoners, Ukrainian hostages, and to do everything possible to ensure a well-coordinated pressure on the Russian state and Russian leadership. And today, the statement following the summit is an element of such pressure," the President stressed.

The Head of State especially emphasized that everything would be done to bring Ukrainian citizens home, to release them from prison.

In turn, Donald Tusk reminded that a year before, the Ukraine-EU Summit had been held on the birthday of illegally imprisoned Ukrainian director Oleh Sentsov. "It's a pity to talk about this - he remains in jail and has continued his hunger strike for more than 50 days. I would like to once again call for the release of him, as well as all those illegally detained in Crimea and in Russia," he said.

"I think that we all should remind Russian leadership that the image of Russia depends not only on the organization of the FIFA World Cup. Nobody should forget what is the real matter and essence of politics and international relations. I am convinced that one of the important elements of our relations with Russia should be, and I hope for that, a positive decision of the Russian authorities on the release of all political prisoners," the President of the European Council emphasized.

If you see a spelling error on our site, select it and press Ctrl+Enter
Tags: #Russia#Poroshenko#Ukraine#Tusk#EuropeanUnion#FreeSentsov#LetMyPeopleGo
Latest news