EU urging Turkey not to undermine sanctions against Russia 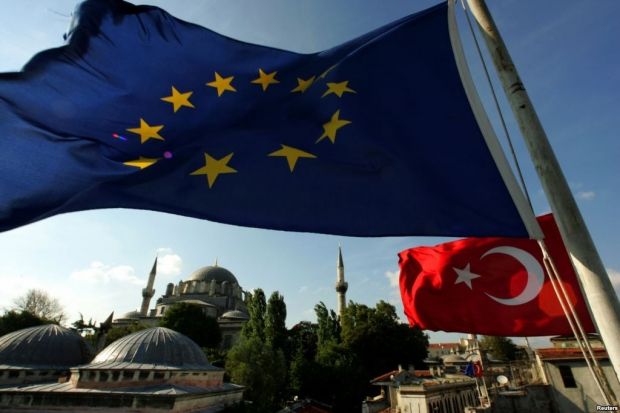 EU officials will try to convince Ankara to join the sanctions against Russia, or at least not to use the situation to its advantage by exporting products to Russia, according to a report by the Voice of America.

EU High Representative for Foreign Affairs and Security Policy Federica Mogherini will lead a delegation of European politicians to Turkey on Monday and Tuesday, VOA said.

Turkey has been negotiating its accession to the EU since 2005, but political obstacles - in particular, with regard to division of the island Cyprus, as well as the objections of some EU countries against Turkish membership - have slowed progress and strained relationships between the parties.

At present, however, EU officials hope that the new Prime Minister of Turkey and the new European Commission in Brussels will restart the relationship, creating the basis for regular high-level talks on discussing common strategic interests.

The visit of EU representatives is taking place a week after Russian President Vladimir Putin’s trip to Turkey, during which Moscow announced it was abandoning its South Stream gas pipeline project and described Turkey as its best partner in an alternative pipeline project.

During their visit to Turkey, the EU officials are also to talk about closer cooperation in fight against militants of the Islamic state and other extremist groups, particularly, on ways to cut off financing for the militants and stop the inflow of foreign fighters to Syria.

The EU has also pledged more aid to Turkey to support thousands of refugees fleeing the violence in Syria and Iraq.