Poroshenko doesn't rule out Russia's preparations for attack on Mariupol 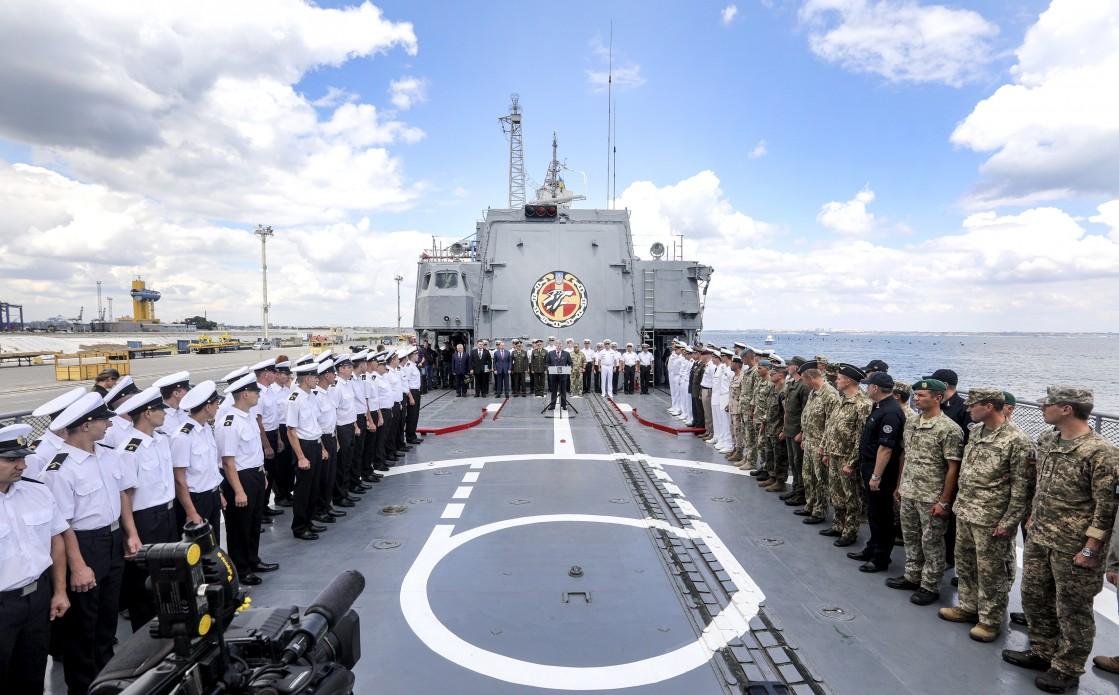 Photo from the presidential administration

Ukrainian President Petro Poroshenko does not rule out that Russia may be planning an attack on the Ukrainian port of Mariupol and a military operation in the Sea of Azov.

Speaking while attending the Sea Breeze 2018 international drills in Ukraine's Odesa region, the president said the situation in the Black Sea region is extremely tense after the occupation by Russia of Crimea and the Russian Federation constantly increases its military groups in the occupied territories, the president's press service has reported.

Poroshenko also added the presence of the Russian group in the Sea of Azov had been strengthened significantly.

"The Russians have now started to illegally stop and search ships in the Sea of Azov that are heading to Ukrainian ports, both under the Ukrainian flag and foreign ones," he said.

"We see this being done to block the Ukrainian ports in the Sea of Azov, to escalate tension, and possibly to conduct a military operation, attack Mariupol that exports ferrous metals, as well as attack other ports of the Sea of Azov," Poroshenko said.

If you see a spelling error on our site, select it and press Ctrl+Enter
Tags: #Russia#Poroshenko#Ukraine#Mariupol#attack#Azov#UkraineNavy
Latest news