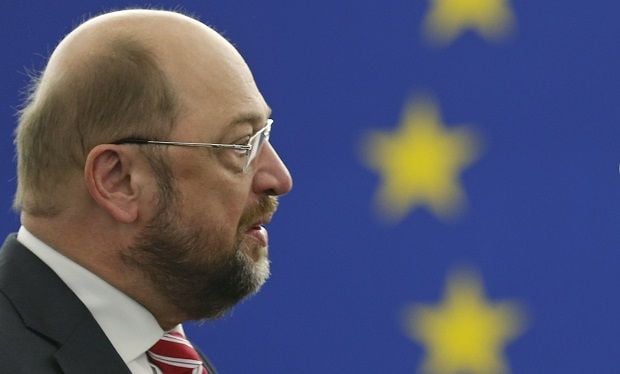 Schultz was writing to the participants of a conference entitled "Ukraine as a test for European solidarity?” which is taking place in the European Parliament, UNIAN’s Brussels correspondent has reported.

"In these important days we are together with Ukraine, because we cannot just stand by and watch how the principles of international law are being violated," Shultz said, adding that he hopes to see peace in Ukraine soon.

Schultz said that the European Parliament has repeatedly spoken out in support of the territorial integrity and sovereignty of Ukraine, condemning the illegal annexation of the Crimea and the Russian aggression in eastern Ukraine. In addition, he expressed the willingness of the European Parliament to help Ukraine in the implementation of reforms.

He said he believed that the events in Ukraine are an unprecedented challenge to the whole of Europe.

"Dialogue among experts that are in charge of elaborating policy is important in order to find a solution to the conflict that continues in the east of Ukraine,” Shultz said.

“I appreciate your efforts to gather experts at one table to discuss possible solutions, the agenda of reforms and the role to be played by Europe. The European Parliament is a reliable partner and friend.”