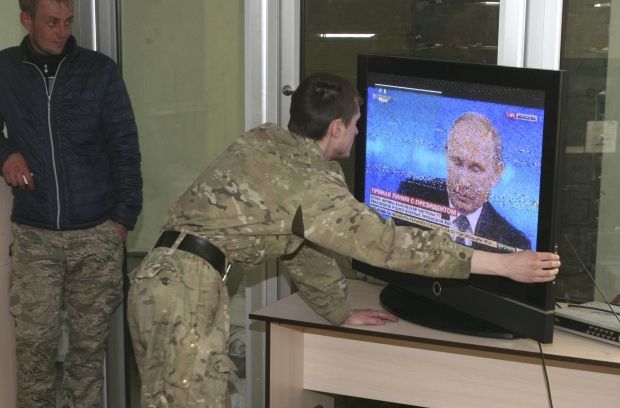 The Kremlin propaganda in channeling its agenda uses not only own national-level media and pro-Russian outlets in other countries, but also smaller-scale information platforms and opinion leaders to spin their stories, that's according to Oleksandr Kovalenko, a military columnist for OSINT NGO Information Resistance.

"There are plenty of such examples in Ukraine as well, and they have become especially apparent today, as the panicking Kremlin is pushing its information wave amid the expected granting of autocephaly to the Ukrainian Local Orthodox Church. But, what particularly surprised me, Russians are acting in a similar way not only in Ukraine, but also in the very heart of the EU, France," the expert wrote in a column for Information Resistance.

When the first spins appeared on the eve of the 1030th anniversary of the Baptism of Kievan Rus, an article by Christelle Neant titled "Poroshenko's aspiration to create his church may cause religious war" was published on the French "AgoraVox" news and information platform.

The report by this "journalist" describes how the autocephaly of the Ukrainian Local Orthodox Church may lead to a civil war in Ukraine (the narrative of the Moscow Patriarchate), and claims that the rights of parishioners of Moscow Patriarchate are being infringed. But more disturbing is her claim that the situation in Ukraine raises concern in the government of the so-called "Donetsk People's Republic" ("DPR"). Such claims aim at legitimizing Russia-supported militants in eastern Ukraine.

In order to understand what is happening, one should focus on the source of spins, the expert says.

"AgoraVox is a civic journalism website, where activists and volunteers rather than professional journalists publish their stories. The website was founded by Carlo Revelli (Cybion CEO) and Joel de Rosnay, scientist, PhD, Knight of the National Order of Merit, Chevalier of the National Order of Merit, Knight of the Legion of Honor and Officer of the Order of the Legion of Honor. The founders are generally respected and acclaimed people.

In 2005, Deutsche Welle even called the platform the best website for civic journalism in France.

However, despite the respected founders and praise from world-famous colleagues, AgoraVox eventually started publishing more frankly fake stories, which became especially apparent in 2016. The biggest scandal was a result of a carefully crafted smear piece targeting Emmanuel Macron, published on April 21, 2017, on the eve of the first round of presidential elections.

Christelle Neant is an even more interesting persona, the expert says, adding that since 2016 she has been working for the DONi Press news agency in Donetsk, covering the Donbas war exclusively from the perspective of the Kremlin propaganda.

"And taking into account that this person publishes her pieces on AgoraVox, a question remains of how the website founders, people so much respected and titled, allow turning their project into a garbage can," the expert wonders.

If you see a spelling error on our site, select it and press Ctrl+Enter
Tags: #Russia#Donbas#Ukraine#DPR#France#RussianPropaganda#independence#church#Orthodox
Latest news