As soon as Ukraine's independence was restored, its community and believers began "to build their own church with new energy". 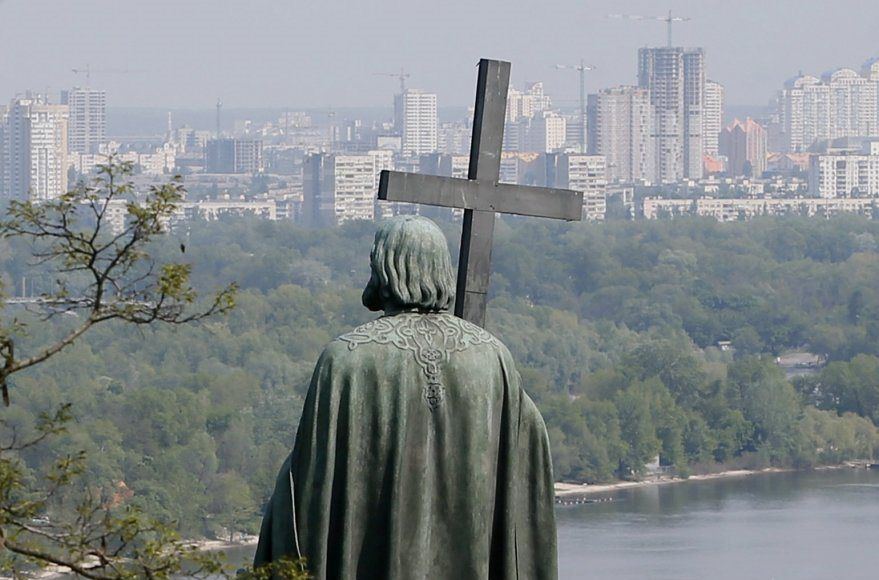 Ukrainian President Petro Poroshenko has said the Ukrainian Church is worthy to become equal with other independent and equal national churches.

"The Orthodox community of Ukraine is one of the largest in the world and it cannot be an addition to anyone. It must become a star in the 'constellation of independent and equal national churches', which, according to His All Holiness, is the Ecumenical Orthodox Church," he said at the celebration of the 1030th anniversary of the baptism of Kyivan Rus, the president's press service has reported.

Poroshenko reminded that the Ukrainian people joined the great Orthodox family in times of Vladimir the Great and has professed Christian values since then. "Over a thousand years ago, St. Vladimir made a fatal choice – he joined Christianity himself and baptized the country. Since then, our people have been consolidating around the spiritual ideals of justice, charity, love for the neighbor, goodness and truth," he said.

At the same time, the baptism of Kyivan Rus contributed to the development of the state. The president noted: "Christian choice was simultaneously a European choice. And the defining part of the European idea is freedom, which, more than 10 years ago, was emphasized by His All Holiness Bartholomew in his speech "The Role of Religion in the Evolution of Europe".

As soon as Ukraine's independence was restored, its community and believers began "to build their own church with new energy". "Already two months after the proclamation of independence, the Autocephalous Council of a still single UOC unanimously supported autocephaly... Including the votes of those bishops who are now stubbornly fighting against it, including at the order from Moscow," the president underlined.

"Before the eyes of the Patriarch, independent Ukraine grew and strengthened. We restored our religious life after decades of atheistic persecution, fostered hope for an autocephalous church and built the necessary organizational structure for it," he said.

"Therefore, it is quite natural and clear that today secular and ecclesiastical authorities have appealed to Archbishop of Constantinople-New Rome, Ecumenical Patriarch Bartholomew to grant the Tomos of Autocephaly to the Orthodox Church in Ukraine," Poroshenko emphasized.

If you see a spelling error on our site, select it and press Ctrl+Enter
Tags:PoroshenkoUkrainechurchUOCOrthodox