The letter tells of the state of health of the Ukrainian film director following Moskalkova's visit to him on June 28. 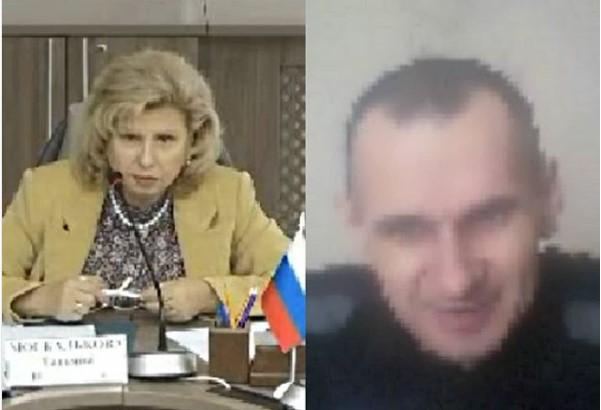 As Denisova wrote on her Facebook page, the letter received today says that the visit of the Russian ombudswoman to Sentsov took place on June 28.

"And here, as they say, there are two nuances: the first one - it's been more than a month since that moment, so we can't talk about the letter's relevance, as Oleh continues his hunger strike. The second thing is that on the same day I was at the door of the colony, and her motorcade drove by without stopping," wrote Denisova.

Also, the Ukrainian ombudswoman posted on her page a photo of the letter from Moskalkova, in which the latter calls Sentsov "a citizen of Russia."

Moskalkova reports that the Ukrainian director is under a 24/7 monitoring of medical personnel.

"According to the results of the medical examination conducted on July 13, 2018, his health status is characterized as relatively satisfactory, there are no factors that threaten the life of the convict," Moskalkova wrote.

According to the Russian ombudswoman, Sentsov does not complain about the conditions of detention or actions of the institution's staff. Also, Moskalkova assures us that Sentsov maintains communication with his relatives and lawyers.

In her letter, Moskalkova also informs that on June 28 she visited Sentsov.

"The state of his health can be estimated as satisfactory: pressure, body temperature, blood tests are normal. Every day, with his consent, he receives a dropper with a full set of all nutrients, proteins, vitamins," wrote Moskalkova.

The Russian ombudswoman also reported that the Ukrainian director is in the hospital ward of the hospital's sanatorium with an area of about 16 meters.

"Two windows, no bars on the windows, windows are open. He reads newspapers, said that he has the opportunity to engage in creative work. He did not complain about the conditions of detention," Moskalkova wrote.

In her letter, she also said that the Ukrainian film director did not apply to the Russian president for pardon.

"I hope for further cooperation in the protection of human rights," concluded Moskalkova.

If you see a spelling error on our site, select it and press Ctrl+Enter
Tags:RussiaUkraineFreeSentsovDenisova