Kostenko thanked everyone who had been waiting for him in Ukraine. 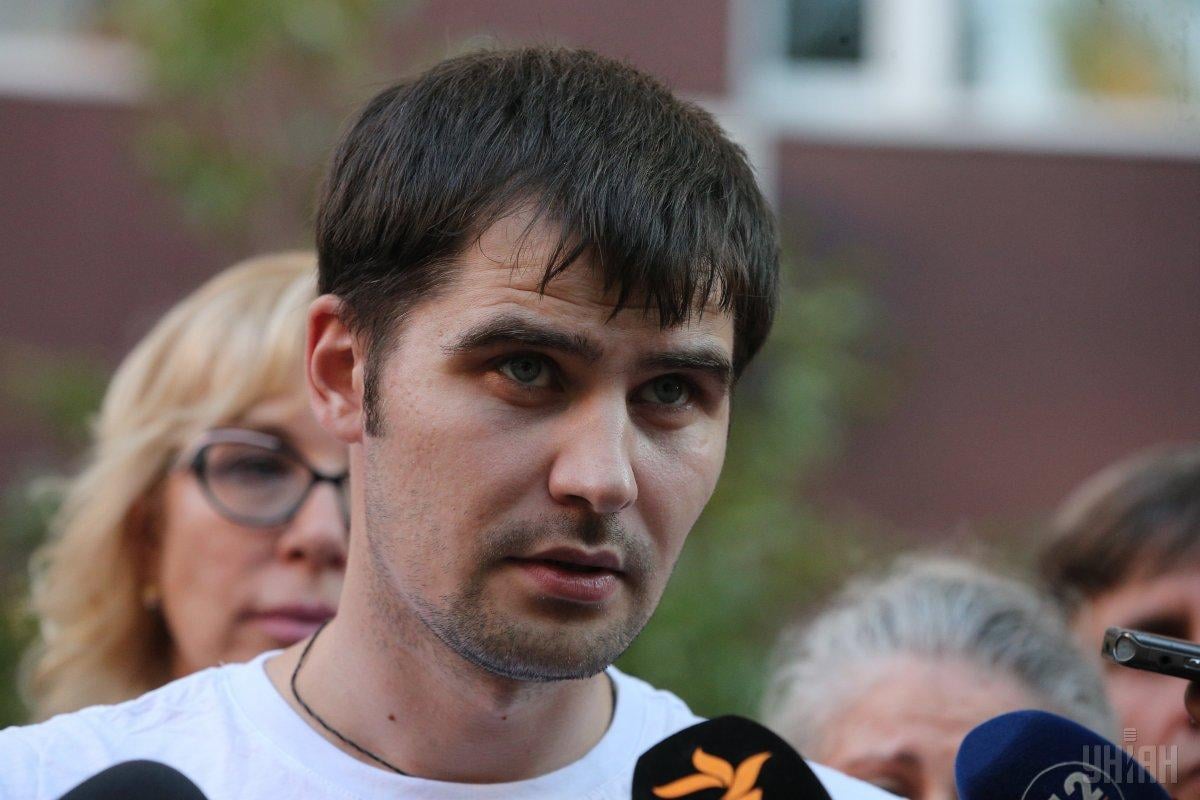 Ukrainian citizen Oleksandr Kostenko, who has recently been released from a Russian penal colony after the term of his illegal imprisonment expired, has returned home with a broken arm, but says he will not reveal the details of his say in Russia until he meets with the SBU Security Service of Ukraine.

"I'm not going to comment on anything because I'm going to talk to the special services," Kostenko said when asked to comment on his alleged Russian citizenship.

Kostenko, being accompanied by Ukrainian diplomats, on August 6 arrived in a residential district in Kyiv where his mother and Ukrainian Parliament Commissioner for Human Rights Liudmyla Denisova were waiting for him, an UNIAN correspondent has reported.

When asked if the SBU has questions about him, he only said: "I'll talk to the SBU..." and then he was interrupted by Denisova, who said that "enough" information had been provided so far.

Kostenko said he feels "not very good" after the prison. In his words, his arm hurts. "They broke it," he added. Denisova replied that his broken arm would be treated.

Kostenko also thanked everyone who had been waiting for him in Ukraine.

"I'd like to thank everyone who wanted me to return, especially the Ministry of Foreign Affairs, Liudmyla Leontiyevna [Denisova], Petro Oleksiyovych [Poroshenko] and all Foreign Ministry personnel in Moscow [diplomats of the Ukrainian Embassy in Russia]," he said.

As UNIAN reported, the Ukrainian Foreign Ministry said that Kostenko, who is a resident of Ukraine's Crimea, which was occupied by Russia in March 2014, would be assisted in obtaining the status of an internally displaced person.

He was released from a Russian prison colony on August 3. There were social media reports after the release of Kostenko that the Security Service of Ukraine in 2014 detained him on suspicion of terrorism and assisting to Russian special services. According to the reports, Kostenko was arrested and then released on bail. After that, he fled to Russian-occupied Crimea, where he was detained by the occupying authorities.

Denisova said that Kostenko is a political prisoner in accordance a resolution of the Verkhovna Rada. "If the law enforcers have any questions to ask him, then please specify them and handle Oleksandr Kostenko accordingly," she said.

UNIAN memo. On the occupied peninsula, Kostenko was accused of injuring a member of the Berkut riot police from Crimea in Kyiv during Euromaidan events in 2014. He was also charged with illegal possession of a firearm.

In May 2015, the so-called "Kyivsky district court" of Simferopol convicted Kostenko on charges of illegal possession of firearms and sentenced him to 50 months. Later, an appellate court reduced the term to 42 months.

Kostenko did not admit his guilt. He had been serving his sentence in a prison colony in the city of Kirovo-Chepetsk in Russia's Kirov region.

If you see a spelling error on our site, select it and press Ctrl+Enter
Tags:occupiedCrimeaLetMyPeopleGoKremlinPrisoners