Kerry and Lavrov call for new round of talks in Minsk 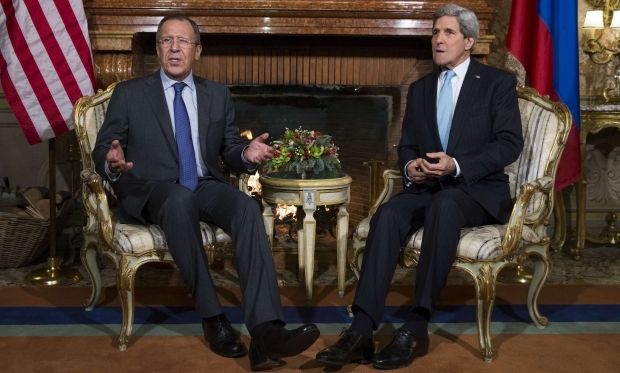 "In the context of the situation in southeastern Ukraine, the consistent implementation of the Minsk agreements is paramount, as is the convening of a contact group for this purpose as early as possible,” the two said in a joint statement released after they had a meeting in Rome on Sunday

The Russian foreign minister also said that "any attempt to put pressure on Russia has no chance to success," according to a report on  the meeting on the Facebook page of Russia’s Ministry of Foreign Affairs.

Kerry and Lavrov also discussed the Syrian civil war and the Israeli-Palestinian conflict at the meeting.