"We are seeing Russia's efforts to unleash, in fact, a military-economic blockade of the Azov coast of Ukraine," Turchynov said. 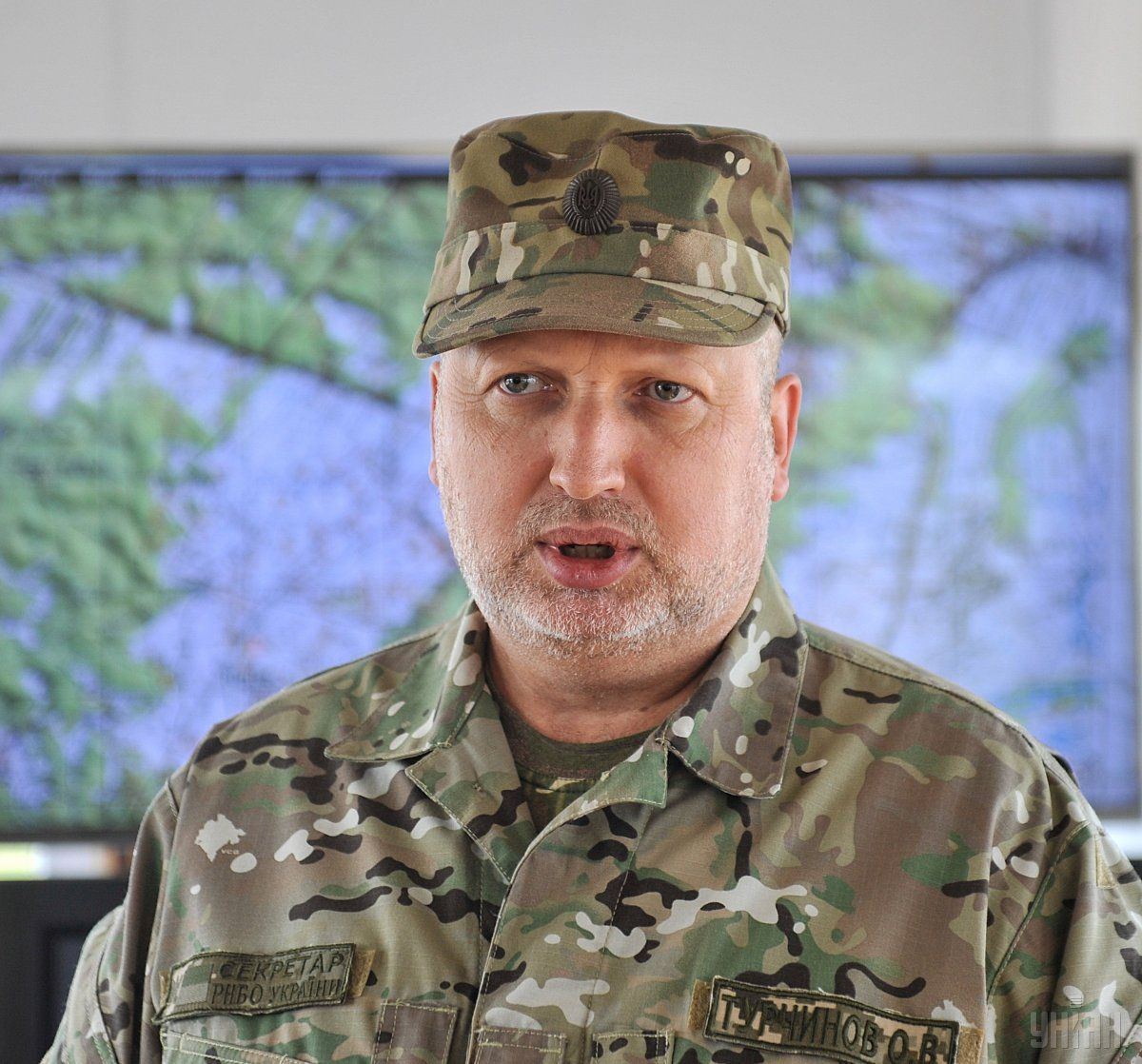 Russia's buildup of the military presence is combined with "brutal violation of international maritime law in the Azov Sea, which manifests itself, in particular, in the illegal construction of the Kerch Bridge and the growing number of incidents involving the detention by Russian military of Ukrainian and foreign vessels," Turchynov said during his visit to the zone of the Joint Forces Operation where he checked combat readiness to counter Russian aggression in the south of Ukraine and organization of the Azov Sea coastal defense.

"We are seeing Russia's efforts to unleash, in fact, a military-economic blockade of the Azov coast of Ukraine," he said.

Mr. Turchynov stressed that the Mariupol direction remains one of the biggest threats in the JFO area, and "it is possible that the enemy could conduct both ground and sea landing operations along the Azov coast."

"In the southernmost confrontation zone, a steadily high number of shellings of our positions and military provocations by the Russian-terrorist troops are being observed," he pointed out.

During the meeting with the leadership of the Ministry of Defense, JFO Command, heads of the State Border Guard Service, National Police and National Guard, Turchynov paid significant attention to boosting coastal defense and effective repelling of possible land and sea provocations by Russia.

Secretary of the NSDC of Ukraine discussed with the leadership of the Ukrainian Navy the need to set up a vessel grouping in the Azov Sea.

While staying in the Mariupol port, Turchynov defined with the leadership of the State Border Guard Service a set of tasks for technical support and strengthening of the marine component in providing reliable protection of the Ukrainian southern border.

Secretary of the NSDC of Ukraine visited forward positions of the Ukrainian military in Shyrokyne, which  had long been at the epicenter of Russian military provocations and shellings. There, he discussed with the leadership of the 36th Separate Marine Brigade combat tasks to protect the southern flank of the contact line.

According to Oleksandr Turchynov, an adequate counteraction to Russian expansion requires strengthening Ukraine's naval presence in the region by means of "relocating a part of the ship-boat Navy force, deploying additional watch posts along the coastline and at the sea, as well as rapid deployment of forces to counter Russian provocations in the Azov region."