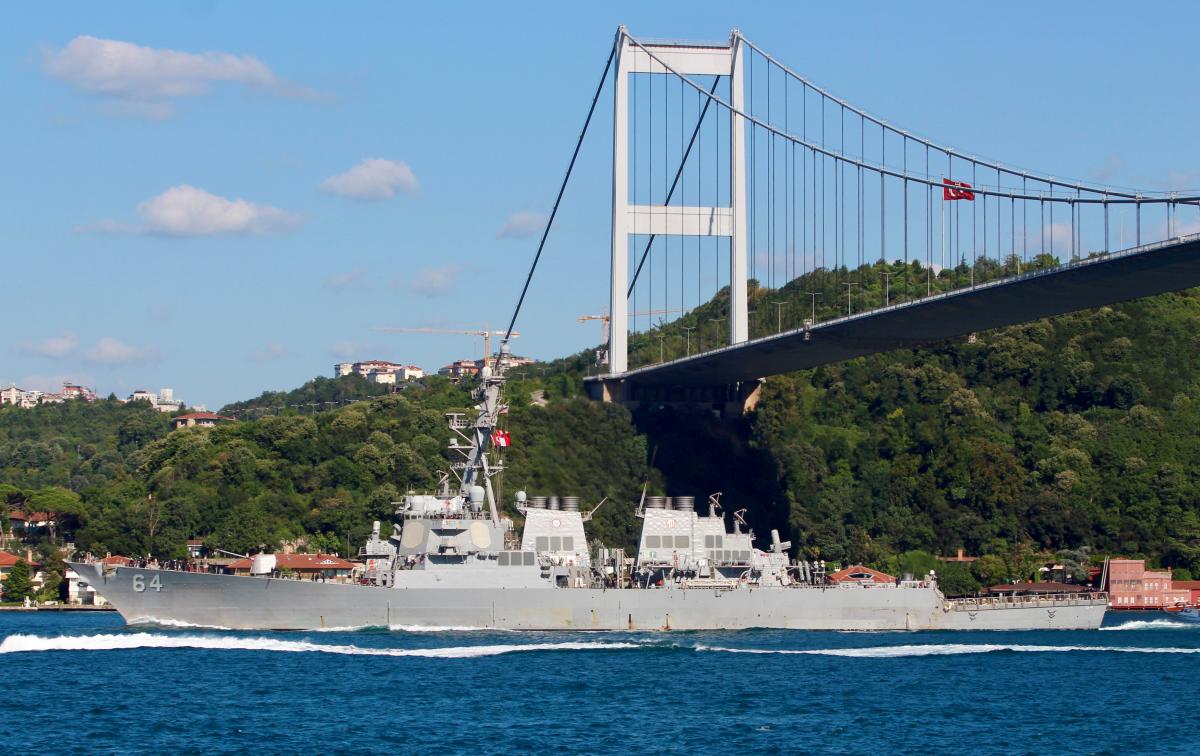 The Arleigh Burke-class guided-missile destroyer USS Carney (DDG 64) entered the Black Sea, August 12, in order to conduct maritime security operations and enhance capability and interoperability with allies and partners in the region.

The ship's operations in the Black Sea are meant to enhance maritime security and stability, and combined readiness and naval capability with Black Sea allies and partners, according to the U.S. 6th Fleet's press service.

"Carney’s arrival in the Black Sea demonstrates our continued commitment to security and stability in the region. Our time spent here will help us improve interoperability and the sharing of information and experiences with our partner nations,” says Cmdr. Tyson Young, commanding officer of Carney.

Carney entered the Black Sea to demonstrate the U.S. commitment to the collective defense of NATO allies and Black Sea partners. All Department of Defense efforts in support of NATO allies in eastern Europe fall under Operation Atlantic Resolve.

Carney, forward-deployed to Rota, Spain, is on a routine patrol conducting naval operations with allies and partners in the U.S. 6th Fleet area of operations in order to advance security and stability in the Black Sea region.