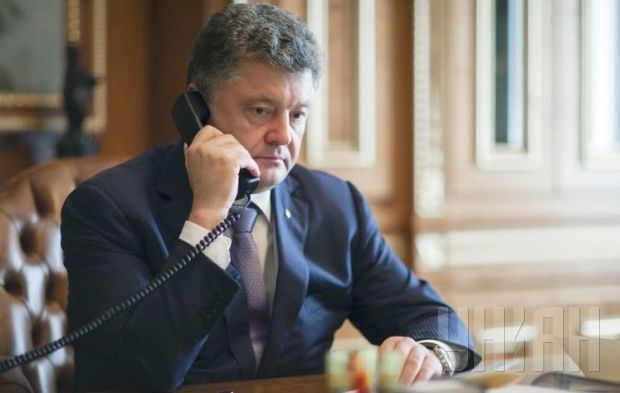 "The parties discussed the situation in the Donbas and the implementing of the Minsk Protocol of September 5 and the Minsk Memorandum of September 19,” the report reads.

“Petro Poroshenko, François Hollande, Angela Merkel and Vladimir Putin agreed on the need to comply with all the terms of these agreements for a peaceful resolution of the Donbas conflict," the report says.

"The agenda of the meeting of the contact group should include the issue of the ceasefire, the withdrawal to the line of demarcation that was set in the memorandum, the withdrawal of troops and heavy weapons, and the early release of all hostages," the press service said.The presidents and the chancellor agreed to hold a tripartite meeting of the contact group by the end of the week to make the progress on the implementation of the Minsk agreements, the press service said.

The Ukrainian president also drew attention to the urgent need for the release from a Russian jail of Ukrainian MP Nadia Savchenko, whose state of health has recently worsened.

The parties agreed to continue phone conversations in the “Normandy format” (including Ukraine, Russia, France and Germany) in a few days to maintain an active dialogue and to assess the results of agreements reached in this format.