Rada decides not to dismiss Gontareva, for now 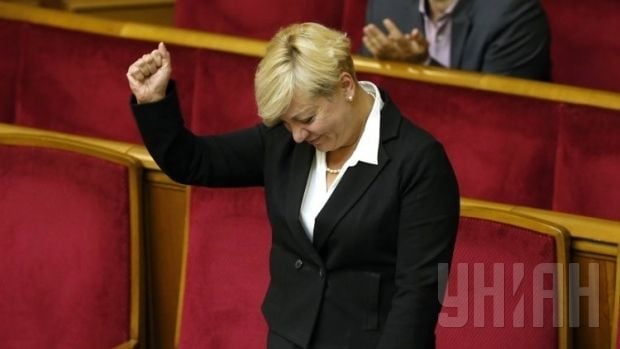 The parliamentary committee on financial policy and banking could still propose to the Verkhovna Rada and the president that Gontareva be dismissed, the head of the committee Serhiy Rybalka said at a meeting of the group on Wednesday.

However, committee member Stepan Kubiv said it made no sense to move to dismiss Gonareva before she had an opportunity to report personally to the committee, so the clause on her dismissal was deleted from the draft resolution.

According to MP Pavlo Rizanenko, the committee decided to hear a report from Gontareva at a future meeting of the Verkhovna Rada.

As reported earlier, Gontareva has repeatedly said she is willing to report to parliament on the state of the monetary market and banking sector if she receives an official invitation from parliament.

According to media, MPs have indeed called for Gontareva to come to the Verkhovna Rada to report on the state of the banking system, but the relevant draft resolution has not yet been registered in parliament.

Reports of the dismissal or resignation of the head of the NBU have periodically appeared in the media. Some political commentators have speculated this is because certain political forces or individuals aim to undermine the situation in Ukraine.

Gontareva has repeatedly denied reports that she intends to resign.