At the start of the talks, Merkel underscored her expectation that Ukraine should continue to have a role in gas transit to Europe, and welcomed the start of discussions among the European Union, Ukraine and Russia on that issue. 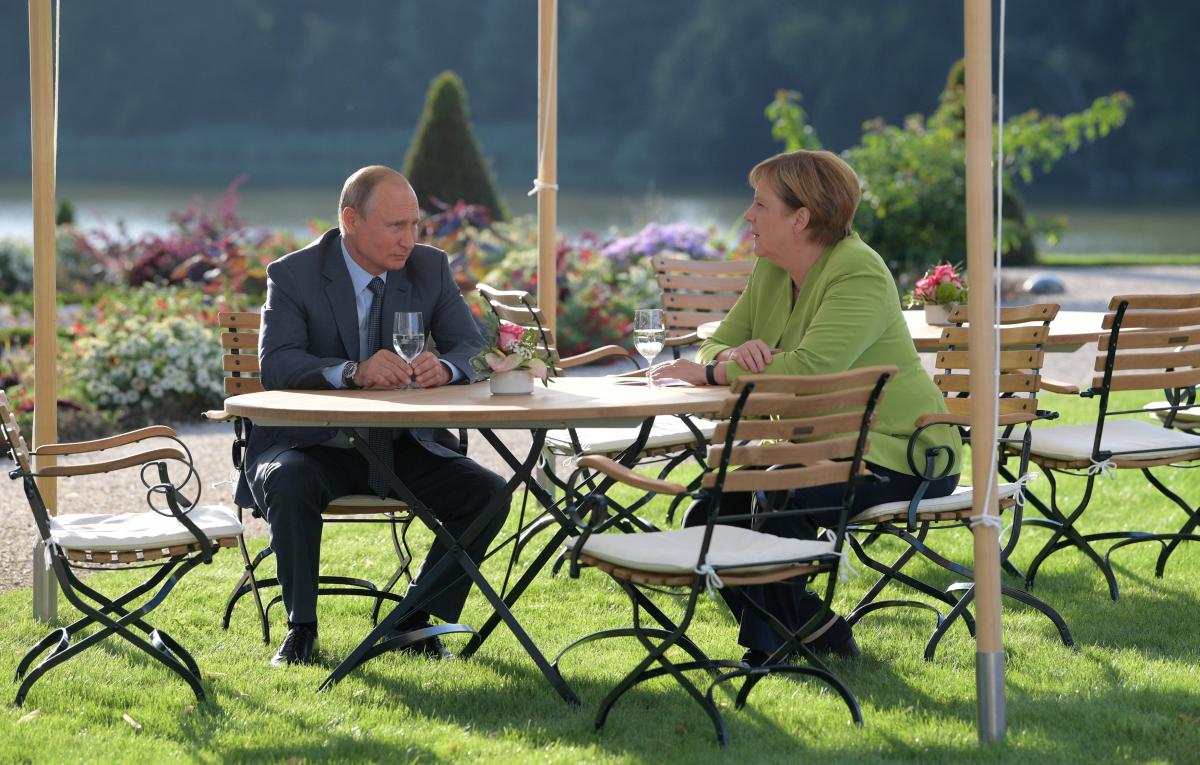 Russian President Vladimir Putin and German Chancellor Angela Merkel discussed the conflicts in Ukraine and Syria, as well as Iran and a gas pipeline project that has drawn U.S. ire during tough talks outside Berlin that ended with no clearcut progress.

Kremlin spokesman Dmitry Peskov told reporters no agreements were reached, but the meeting had simply been intended to "check the watches" after Merkel's meeting with Putin in the Black Sea resort of Sochi in May, as reported by Reuters.

Ties between the two countries have been strained since Russia's annexation of the Crimea region of Ukraine in 2014.

The two leaders both viewed the Nord Stream 2 pipeline project as a purely commercial venture, despite persistent fire by the U.S. and Ukrainian governments, Peskov said.

"That's why it is necessary to take measures against possible non-competitive and illegal attacks from the third countries in order to complete this project eventually," he told reporters shortly before Putin flew back to Russia. It was not immediately clear what such "measures" could entail.

At the start of the talks, Merkel underscored her expectation that Ukraine should continue to have a role in gas transit to Europe, and welcomed the start of discussions among the European Union, Ukraine and Russia on that issue.

Putin, speaking at the German government's Meseburg castle, said such a move had to make sense from a business perspective.

"The main thing is that the Ukrainian transit – which is traditional for us - meets economic demands," he said. "Nord Stream 2 is exclusively an economic project."

The United States is pressing Berlin to halt the pipeline that will carry gas from Russia under the Baltic Sea, arguing it will increase Germany's dependence on Russia for energy.

Ukraine fears the pipeline will allow Russia to cut it off from the gas transit business, while Germany's eastern European neighbours worry about Russian encroachment.

Peskov said the threat of possible U.S. sanctions against companies involved in the project was not discussed on Saturday.

Standing beside Putin before the talks, Merkel said both countries – but especially Russia as a permanent member of the U.N. Security Council – had a responsibility to try to solve the ongoing fighting in Ukraine and Syria.

"I am of the opinion that controversial issues can only be addressed in dialogue and through dialogue," she said.

Both leaders raised concerns about Syria and the plight of the many refugees created by the seven-year-old war there.

Merkel said it was important to avert a humanitarian crisis in Idlib, Syria and the surrounding region, and said she and Putin had already discussed the issue of constitutional reforms and possible elections when they last met in Sochi in May.

Putin told reporters that everything must be done to help Syrian refugees to return to their country and that Syria needed assistance to rebuild. The two leaders took no questions.

On Ukraine, Merkel said she hoped fresh efforts could be undertaken at the beginning of the new school year to disentangle Ukrainian military forces and separatists on the front lines in the Donbas region.

Putin arrived in Germany on Saturday evening after a stop at an Austrian vineyard where he danced with Foreign Minister Karin Kneissl at her wedding to entrepreneur Wolfgang Meilinger.

German Foreign Minister Heiko Maas told the Welt am Sonntag newspaper Germany hoped to "create new momentum" in the Minsk peace process. Sanctions relief for Russia would only be negotiated if the Minsk accord was implemented, he added.

If you see a spelling error on our site, select it and press Ctrl+Enter
Tags:RussiaUkrainePutinSyriaMerkelmeetingGermanyNordStream2