Merkel briefs Poroshenko on outcome of her talks with Putin 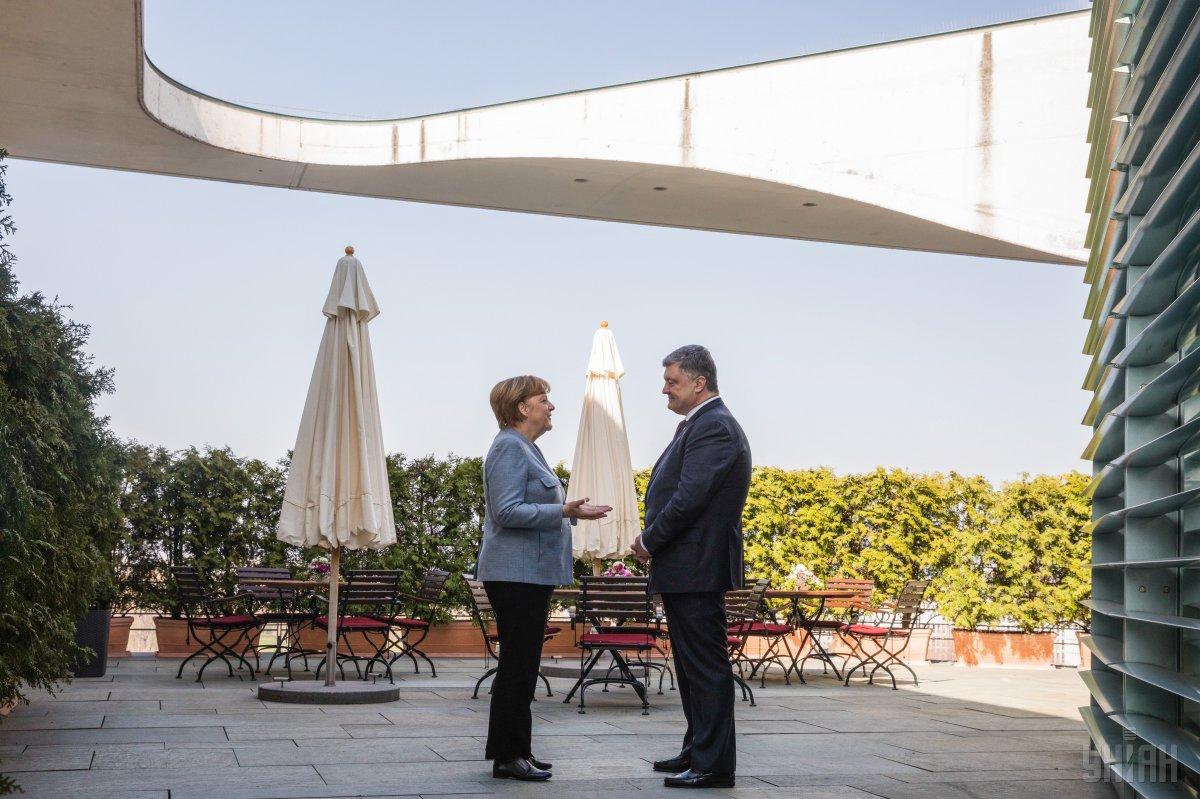 Merke and Poroshenko / Photo from UNIAN

Chancellor of Germany Angela Merkel has briefed Ukrainian President Petro Poroshenko on the outcome of her talks with Russian President Vladimir Putin.

"President of Ukraine Petro Poroshenko held a phone conversation with Chancellor of Germany Angela Merkel. The Federal Chancellor briefed on the results of talks with the President of Russia held in Germany recently," the Ukrainian presidential press service said.

It did not provide any other details about the Merkel-Putin talks.

During the phone conversation, Poroshenko called on Merkel to intensify efforts to free Ukrainian hostages illegally kept in Russia and the occupied territories.

The two officials also agreed to continue consultations at the level of foreign ministers of the Normandy format regarding the possible deployment of a UN peacekeeping mission to the occupied part of Donbas.

They also discussed a number of issues of the bilateral agenda and agreed to continue contacts at the highest level.

As was reported, Merkel met with Putin in Schloss Meseberg outside Berlin, Germany, on August 18.

Merkel said it was a working meeting and she did not expect any particular results. According to her, a wide of issues from Ukraine and Syria to economic cooperation was on the agenda of the meeting.

If you see a spelling error on our site, select it and press Ctrl+Enter
Tags:RussiaPutinMerkelGermanyPresident Poroshenko