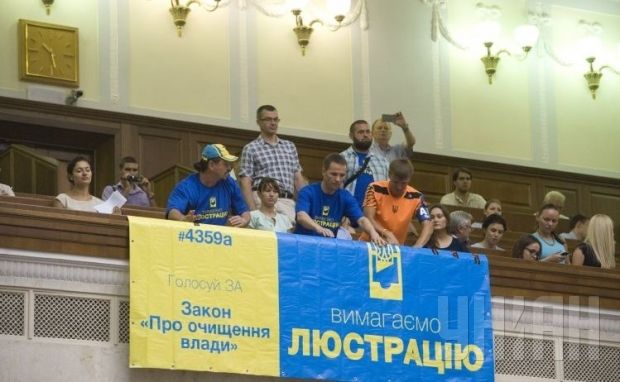 This was announced by Justice Minister Pavlo Petrenko when commenting on the preliminary report of the European Commission "For Democracy through Law" (Venice Commission) regarding the law on sweeping corruption from governance.

The minister said that the opinion of the Venice Commission on this issue was very critical, but the commission admitted that this conclusion had been prepared without consultations with the Ukrainian side. According to Petrenko, the Ukrainian delegation held talks and consultations with experts and members of the commission to let them understand that "Ukraine is going through other realities than those faced by the EU, and lustration is not a whim of certain political forces, it is a reality Ukraine needs.”

The minister said that in fact there are certain individuals who have submitted documents to the Parliamentary Assembly of the Council of Europe (PACE) that impede the performance of lustration.

"However, the specifying conclusion of the Venice Commission contains two new provisions. First, that it is necessary for Ukraine to carry out lustration, and second, that having analyzed the laws of various countries, primarily in eastern Europe, where the main criterion of lustration was involvement in the communist regime or special security services, the Venice Commission has admitted that new criteria have to be introduced. In the case of Ukraine, it is high-ranking officials who were members of Yanukovych’s regime as a criterion for lustration," Petrenko said.

He said that lustration may be carried out on the basis of the involvement of officials in the regime of former President Viktor Yanukovych.

The minister also stressed that the law on cleansing the authorities of corruption will be amended to a certain extent to eliminate doubts expressed by the Venice Commission members.