Poroshenko meets with Volker in U.S. to discuss steps to end Russian occupation of Donbas

Volker is scheduled to visit Ukraine in September. 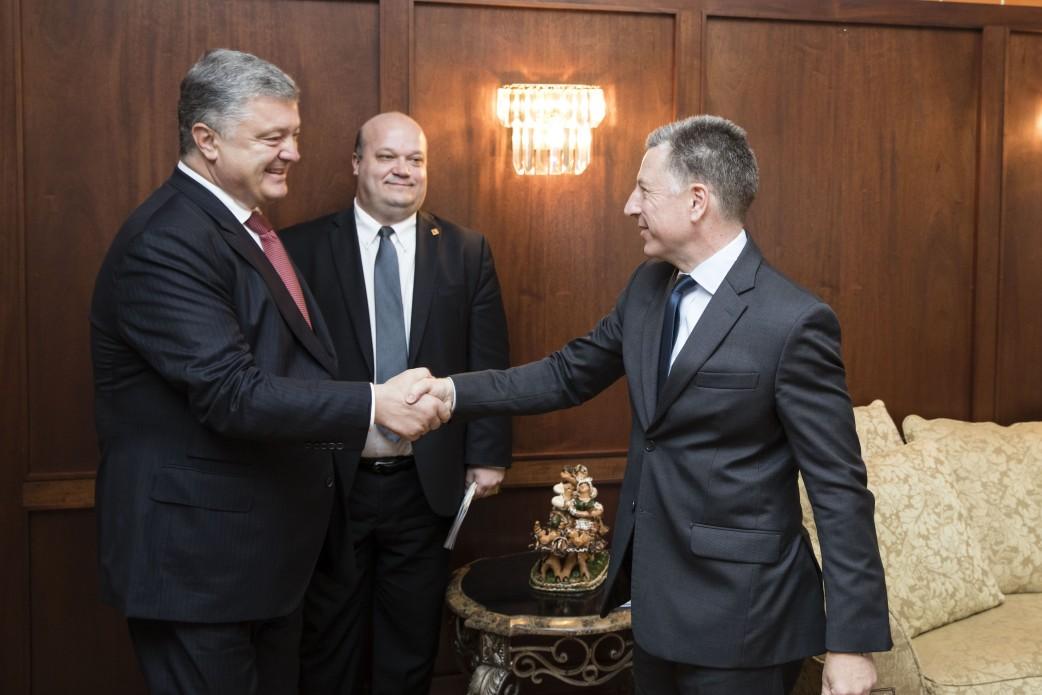 "The officials discussed the security situation in the east of Ukraine and coordinated further steps for ending the occupation of Donbas," the presidential press service said.

Poroshenko thanked the United States for the consistent sanctions policy against the Russian Federation. He also noted the importance of increasing pressure on Russia for the immediate release of Ukrainian hostages.

Poroshenko and Volker exchanged views on strengthening the defense capacity of the Ukrainian army. In addition, they discussed ways to boost cooperation between Ukraine and the United States to prevent Russia's interference in the Ukrainian elections.

As UNIAN reported, Volker is scheduled to visit Ukraine in September.

If you see a spelling error on our site, select it and press Ctrl+Enter
Tags:USAKurtVolkerPresident Poroshenko