U.S. Senator McCain's parting message: Ukraine should be beside NATO

President Poroshenko attended the memorial service in the United States. 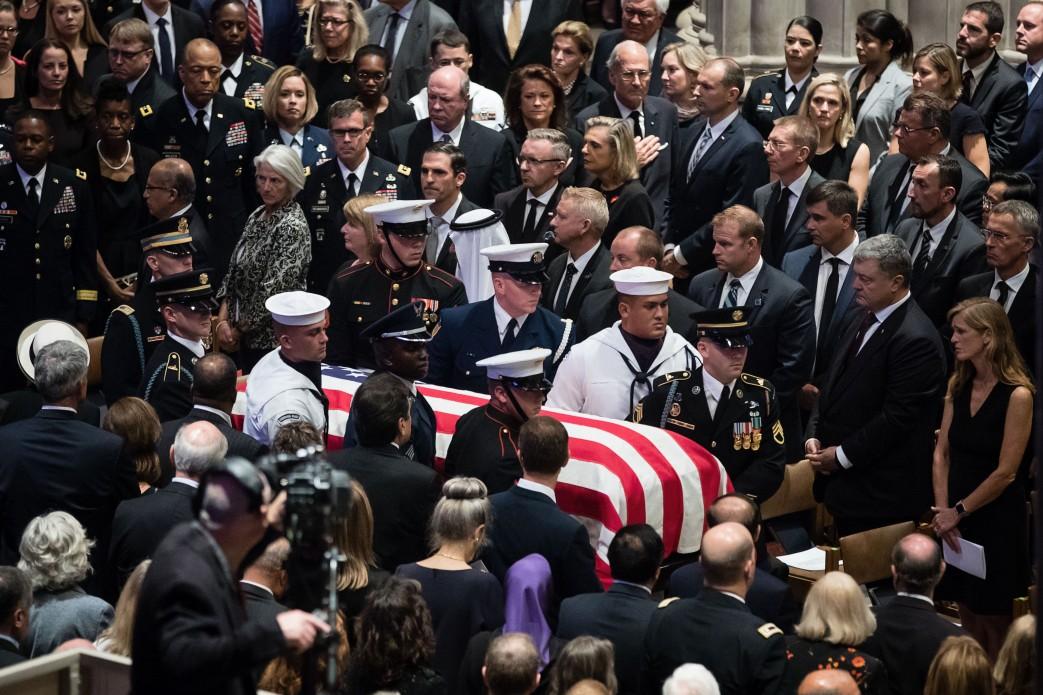 "Surely [it is] no coincidence that John McCain – who planned every detail of today's memorial – invited Ukraine's President Petro Poroshenko and seated him beside Jens Stoltenberg, head of NATO," she tweeted on September 1.

"A parting message to Vladimir Putin and Donald Trump: America stands with our friends & allies," she added.

Surely no coincidence that #JohnMCain - who planned every detail of today’s memorial - invited Ukraine’s President @poroshenko & seared him beside @jensstoltenberg, head of NATO. A parting message to Vladimir Putin & @realDonaldTrump: America stands with our friends & allies.

Among the current and foreign leaders and officials on the guest list for John McCain's memorial service were about a dozen from former Soviet states, particularly Ukraine and Georgia, according to The Washington Post.

"Both countries have high regard for the late Arizona senator who supported their efforts in recent years to stand up to Russian aggression," it said.

If you see a spelling error on our site, select it and press Ctrl+Enter
Tags:PutinUSATrumpMcCainPresident Poroshenko