The parties also discussed the topic of the Austrian presidency in the European Union. 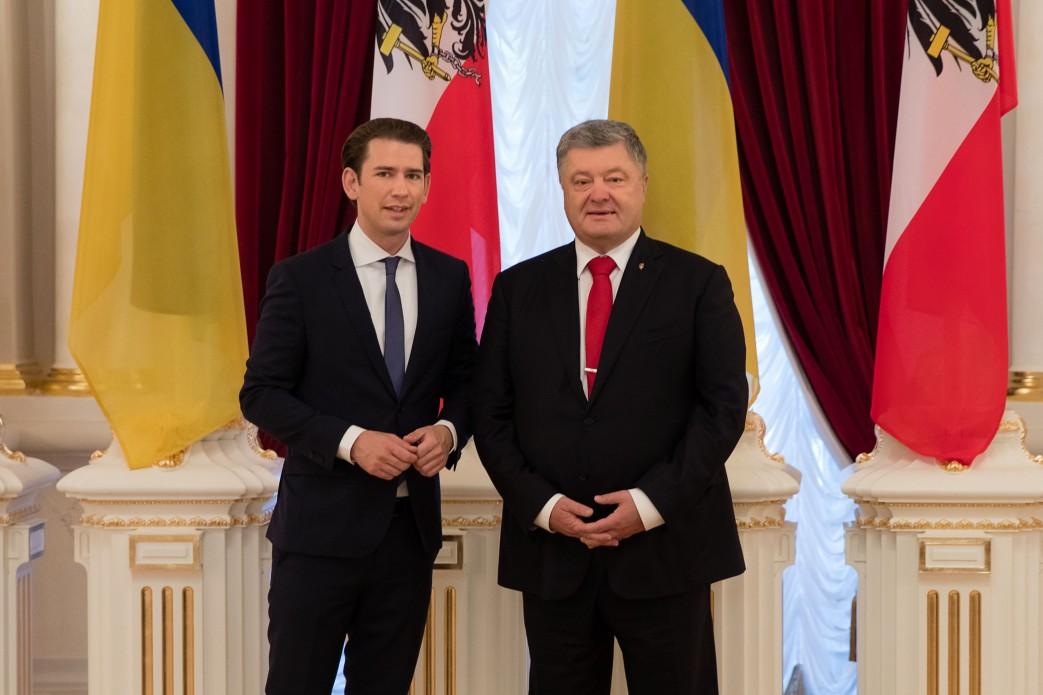 "We would like to see Austria as a state helping Ukraine move towards the return to the family of European nations," Poroshenko said, emphasizing the importance of partnership with the Republic of Austria, the presidential press service reported.

Poroshenko also said that his draft law on the consolidation of the European and Euro-Atlantic aspirations of the Ukrainian people in the Constitution of Ukraine had already been registered in the Verkhovna Rada. The parties also discussed the topic of the Austrian presidency in the European Union.

Poroshenko thanked Austria for supporting Ukraine's initiatives and aspirations, "starting from the situation of providing Ukraine with macro-financial assistance and ending with support in the issue of prolonging sanctions against the Russian Federation in case of non-fulfillment of the Minsk agreements and failure to create security conditions for the implementation of Minsk."

"I have to point out that we are very concerned with the fact that the situation is still difficult, as before. I am now speaking as Chairman of the Council of the European Union. We expect a very clear reaction to Russian aggression and in this regard, in June of this year, we continued sanctions against the aggressor," Kurz said.

He also added that it was necessary to have a dialogue channel in order to find a peaceful solution.

"I would like to call on Russia to get back to the table of negotiations. This is also needed in the Normandy format. This is the only existing format, the only opportunity to hold negotiations and find a peaceful solution," Kurz added.

If you see a spelling error on our site, select it and press Ctrl+Enter
Tags:DonbasPoroshenkoUkraineRussiaSanctionsAustriaKurz