Russia to cancel act that transfered Crimea to Ukraine 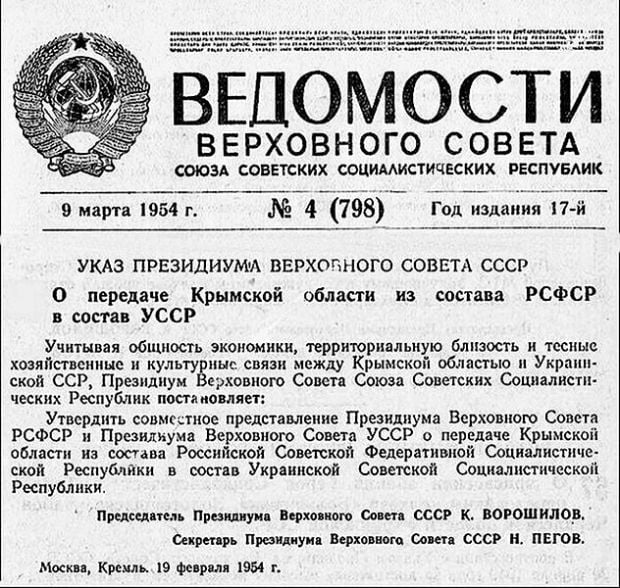 "We have analyzed the decisions adopted in 1954 on the transfer of the Crimean region from the Russian Soviet Federative Socialist Republic to Ukrainian Soviet Socialist Republic, and concluded the act was illegal, as it was adopted in violation of the constitution and legislative procedures,” Matvienko said during a meeting of Russian President Vladimir Putin with members of both chambers.

“Therefore, the Federation Council has begun to prepare a bill that will recognize the transfer of the Crimea to be unenforceable and having no legal consequences from its adoption.”