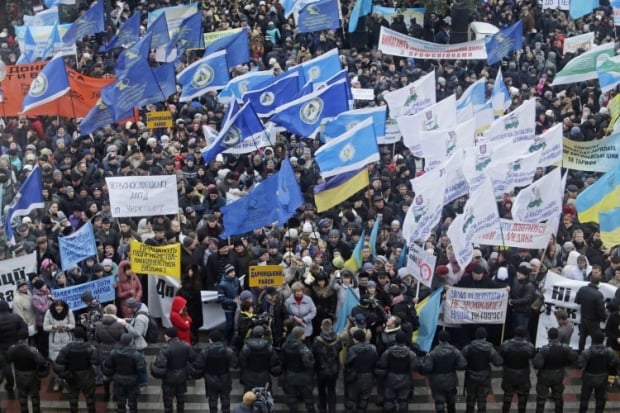 The crowd of more than a thousand people is made up of a range of groups protesting against possible health, education and pension cuts, and demanding the payment of deposits from the collapsed VAB bank, among other issues.

According to an UNIAN correspondent, more and more people are coming to the rally, which is being held on Constitution Square next to parliament, but which has also spilled over onto the road in front of the Rada.

Several hundred policemen are guarding the parliament building, and the situation is calm there at present. The protesters are making no attempts to break through the police lines.

Ukraine’s parliament on Tuesday is to debate and vote on the government’s proposed budget, which contains several unpopular austerity measures to address Ukraine’s dire financial problems.