The law specifies that women perform military services on a par with men. 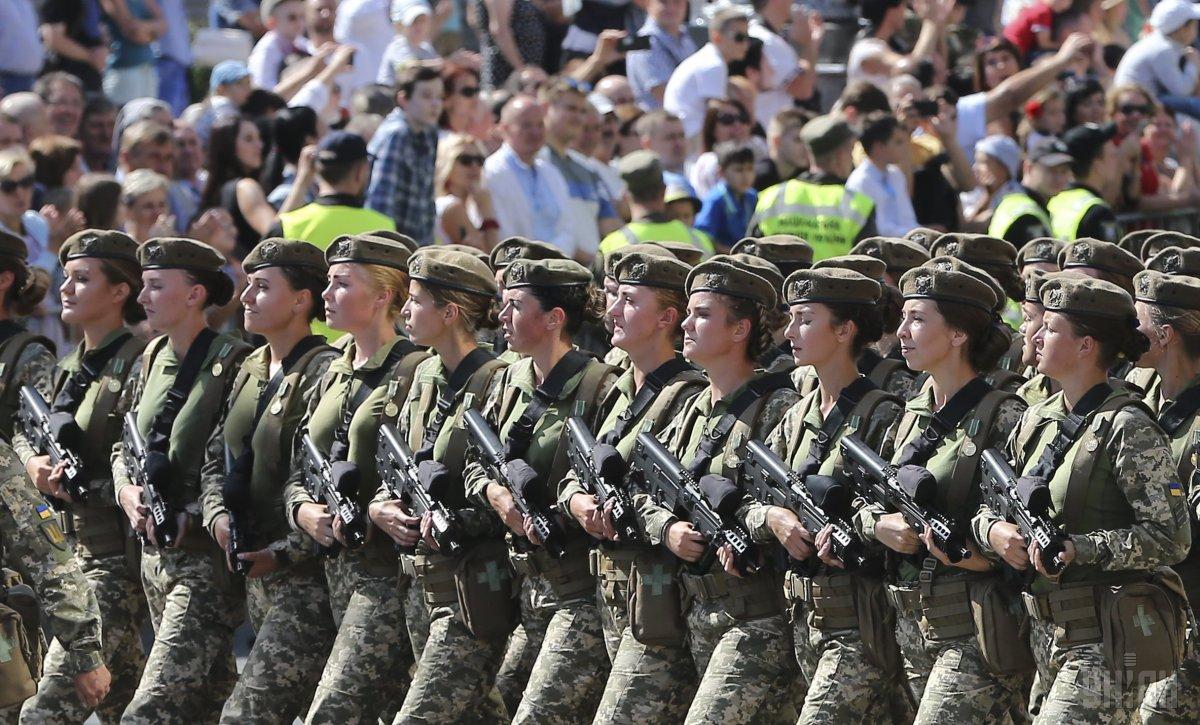 The Verkhovna Rada of Ukraine has adopted the Law of Ukraine "On amending certain laws of Ukraine on ensuring equal rights and opportunities for women and men at military service with the Armed Forces of Ukraine and other military formations" (No. 6109).

The decision was backed by 247 lawmakers, an UNIAN correspondent reports.

The law specifies that female troops perform military duty on a par with male servicemen (except in cases stipulated by the legislation on maternity and childhood protection, as well as the prohibition of gender discrimination), which includes voluntary service (on contractual basis) and conscription, military service, service in the military reserve, military duty in reserve, and compliance with the rules of military registration.

The law comes into force 10 days after its publication.

If you see a spelling error on our site, select it and press Ctrl+Enter
Tags:RadaRightsarmywomen