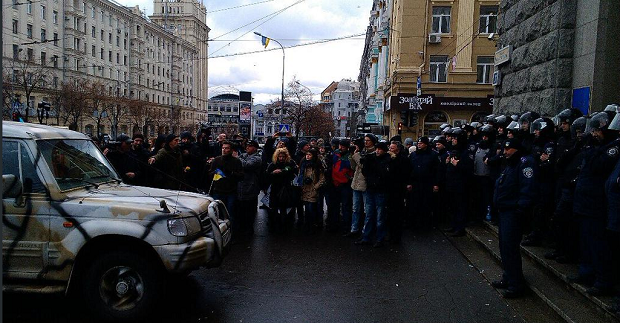 An UNIAN correspondent reported that the picketers moved onto the pedestrian crossing opposite the main entrance to the city council, and remained there.

Despite the blocking of the road, there are no traffic jams, and traffic police are regulating the traffic in the area close to the picket.

As UNIAN reported earlier, in Kharkiv activists from a range of organizations are picketing the city council, where a session is to be held today. Activists of the Right Sector organization, Euromaidan, AutoMaidan and animal-rights advocates are taking part in the picket.