At the same time, the minister claims most charges will be dropped once he resigns, but he will "not give them such pleasure." 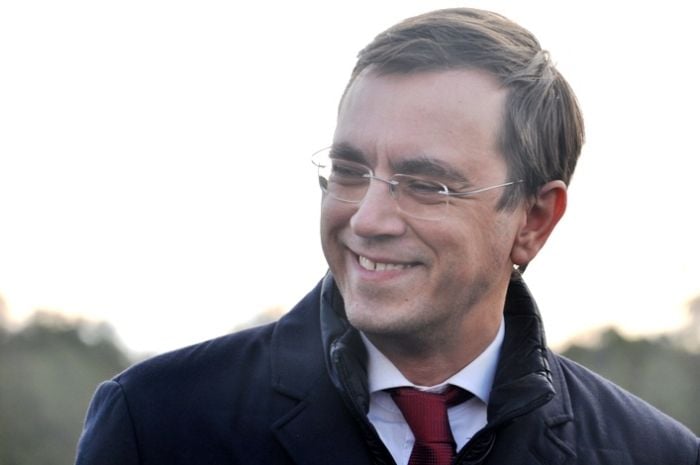 The National Anti-corruption Bureau of Ukraine says that the information spread by Infrastructure Minister Volodymyr Omelyan regarding him being suspected of illegal enrichment is untrue and misleading the public, the NABU press service reports.

"On September 13, 2018, NABU detectives and SAPO prosecutors informed the official that he was suspected of committing criminal offenses under part 3 Article 368-2 and Article 366-1 of the Criminal Code of Ukraine," the statement said.

It is noted that Article 368-2 of the Criminal Code of Ukraine, which provides for criminal liability for illegal enrichment, entered into force only on April 26, 2015. Consequently, the Minister is charged exclusively for his actions committed in the period from April 2015 until now.

At the same time, the investigation analyzed the minister's incomes and expenses for the period from 2000 to April 26, 2015. It was established that the official as of that date had no income, the legality of which is confirmed by evidence, that would, given the expenses incurred, allow him saving money for further acquisition of assets in significant amounts.

"Despite this fact, in May 2015, the minister purchased a new BMW X5, worth UAH 1.415 million, registering ownership on his brother. The investigation has evidence that the SUV was in the actual possession of and use by the official. At the same time, this fact was not reflected in the Minister's e-declaration for 2015 and 2016, just as the right to use the 270 square meter house in a Kyiv suburb costing almost UAH 6 million, where he lived from early December 2016 (the information shall be indicated in the declaration for 2016, but it never was)," the report says.

The investigation established that the Minister had taken measures aimed at concealing the violations revealed by illicitly influencing the outcome of the verification conducted by the National Anti-corruption Bureau.

At the same time, speaking at a Thursday briefing at the ministry, Volodymyr Omelyan said: "I adhere to European practices. Honestly, I'm fed up with this post of mine. Moreover, I am convinced that, if I resign and the Rada supports my resignation, 99% of these public charges will disappear. But I will not give them such pleasure at this stage. Although a lot of people would be happy if I did," he said.

If you see a spelling error on our site, select it and press Ctrl+Enter
Tags:edeclarationsNABUOmelyancharges