They discussed, among other things, further sanctions against Russia. 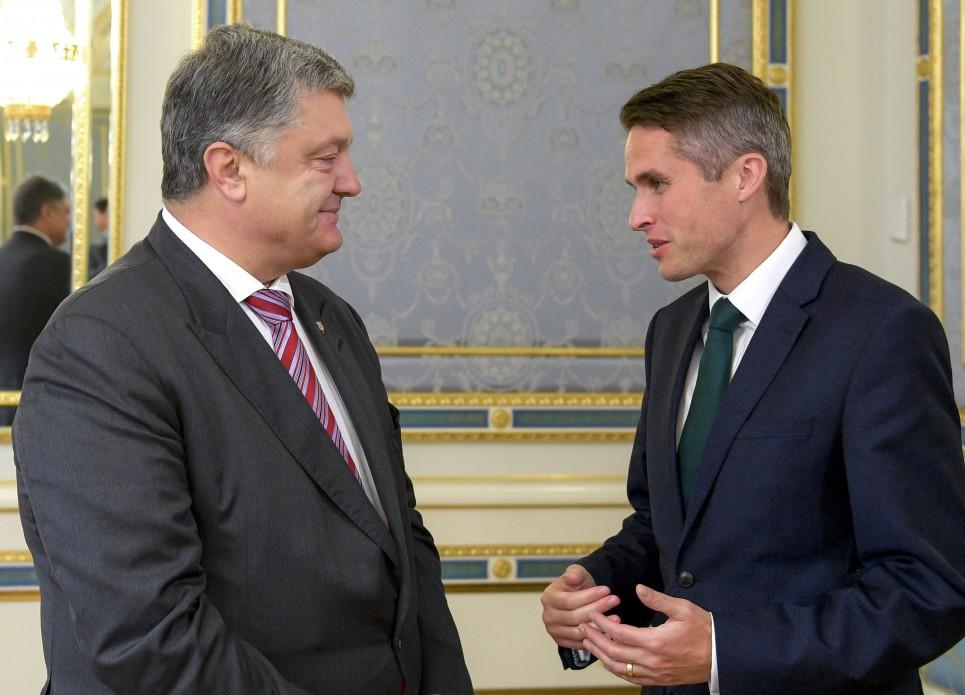 The parties commended the intensity of the Ukrainian-British dialogue in the field of security and defense, according to the president's press service.

The president highly appreciated Great Britain's contribution to strengthening defense capabilities and training of the Armed Forces of Ukraine. He expressed hope for continued cooperation in that direction.

The two officials also discussed prospects for tougher sanctions against the Russian Federation over the aggression against Ukraine and the chemical attack in Salisbury.

Particular attention was paid to strengthening cooperation between Ukraine and Britain in the framework of NATO and the UN, as well as bilateral cooperation in counteracting cyber threats.