Jaresko expects Rada to adopt budget by end of year 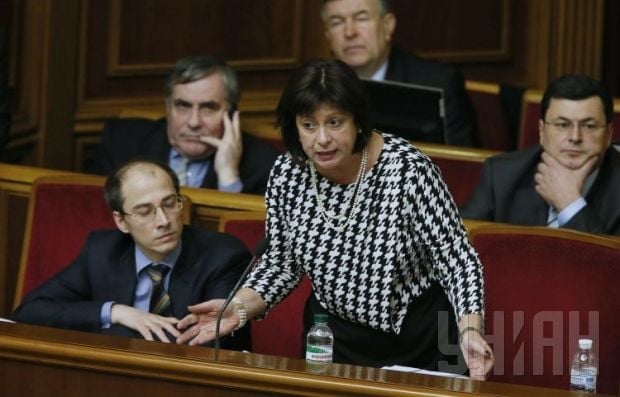 Ukrainian Finance Minister Natalia Jaresko expects that the draft budget for 2015 will be adopted by the Verkhovna Rada by the end of December, and Ukraine will enter a new year with the new budget, she wrote on her Facebook page on Thursday.

"The government and parliament are working together on the state budget for 2015,” she wrote.

“It is a difficult process that causes a lot of discussion. But that’s good. I believe that Ukraine will enter a new year with the new budget.”

As reported earlier, commentators said the arguments made by Jaresko were decisive in swaying MPs to vote for key government bills necessary for the adoption of the draft budget for 2015.

In particular, Jaresko said that they could adopt nothing, go on vacation, but in this case, the country would enter a new year without a budget - and that would be the end.

As UNIAN reported earlier, the Verkhovna Rada of Ukraine did not support the decision to work on Saturday, December 27 in the plenary regime, and began to consider the draft budget for 2015.