In his speech, the president touched upon many subjects related to Ukraine's domestic and foreign policy. 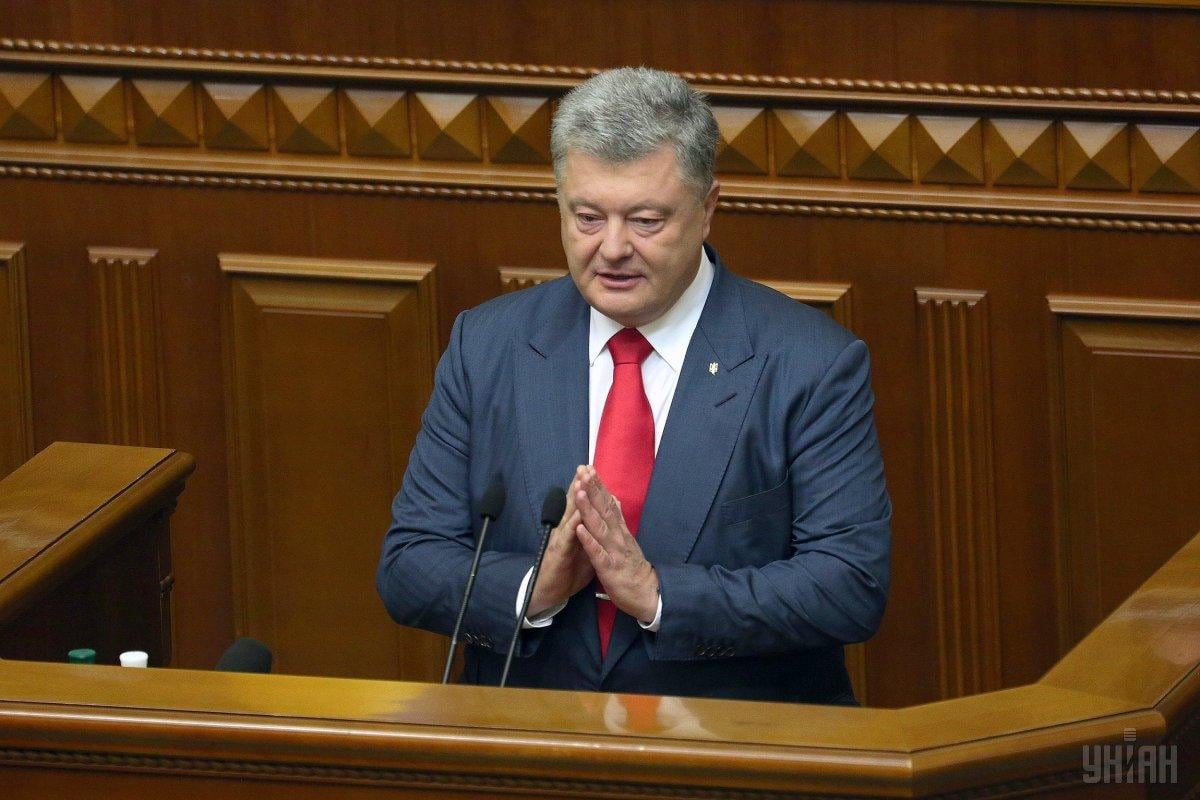 Ukrainian President Petro Poroshenko has delivered the State of the Nation Address in the Verkhovna Rada, Ukraine's parliament.

In his speech, the president touched upon many subjects related to Ukraine's domestic and foreign policy.

"After we retake Crimea, the Russian base will no longer be stationed in Sevastopol!" Poroshenko said.

"Russia's attack began with the annexation of Crimea, and it must end with its return coupled with compensation for the damage caused and effective guarantees that such aggression will never happen again. We are fighting for this in international courts, and I am sure we will win the same way we have defeated Gazprom in Stockholm," the president said.

Secondly, the president wants to build up the defense of the Ukrainian part of the Azov Sea in the near future. It is worth to be noting provocations by Russian border guards have been taking place in the Sea of Azov since the second half of April.

In addition, Poroshenko announced the launch of the production of high-precision missile armaments.

According to the president, high-precision ammunition is to be developed for the newest artillery systems, armored vehicles and other military hardware.

At the same time, the president admitted that most Ukrainians had not yet felt any improvement.

"Of course, this has triggered a domino effect for the whole economy... entailed a deep social crisis. We have survived and resumed growth. However, most Ukrainians have not yet felt the improvement in well-being, and the standard of living is recovering slowly and unevenly across regions and social and age groups," Poroshenko said.

If you see a spelling error on our site, select it and press Ctrl+Enter
Tags:CrimeaPoroshenkoUkraineRussianAggressionammunitionproductionAzovaddressBlackSeafleetVerkhovnaRada