16:06, 21 September 2018
Politics
4576 0
New ammunition of Ukrainian production was also demonstrated and tested at the proving ground. 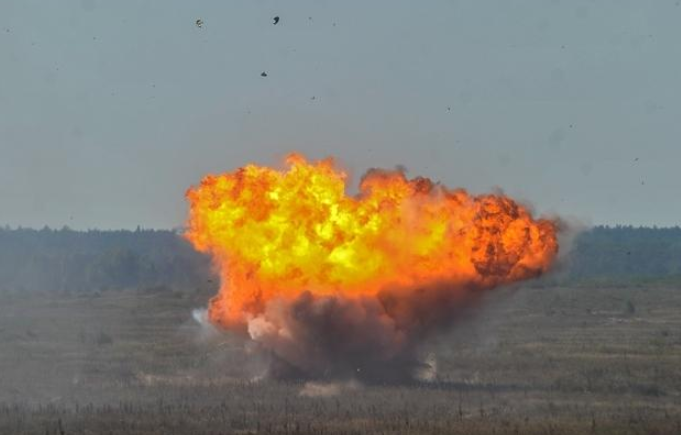 Secretary of the National Security and Defense Council (NSDC) of Ukraine Oleksandr Turchynov has said the tests of new Ukrainian weapons and military equipment were held at the military proving ground of the Armed Forces of Ukraine.

According to him, the aviation tests of a new operational-tactical unmanned system, "capable of conducting reconnaissance, coordinating fire, providing radio-electronic combat-resistant communications at an operational depth up to 200 km, while in the air for up to 24 hours" were conducted. A combat unmanned system that can carry a powerful high-explosive or thermobaric combat charge and accurately strike targets in the deep rear of the enemy was also tested, the NSDC's press service said.

"These unmanned systems were created by Ukrainian gunsmiths in cooperation with our foreign partners," Turchynov said.

In addition, the flight-technical characteristics of Ukrainian lightweight multipurpose helicopters "Scout" and AK1-3 were demonstrated.

Turchynov said these helicopters are capable of providing reconnaissance and early reporting to the troops, carrying out border guard tasks, "as well as of ensuring combat missions, striking targets both day and night, in particular, working in the unmanned mode, in complex with modern weapons."

The upgraded ZU-23-2 was also tested. "Combining this robust anti-aircraft system with an electronic system for automatic target detection and fire control will securely eliminate air and land targets, including UAVs on Russia's armament," he said.

"An important part of this modernization is the ability, thanks to an automatic system, to direct fire from several anti-aircraft systems simultaneously at a distance, from protected positions, without endangering the lives of our servicemen," Turchynov added.

New ammunition of Ukrainian production was also demonstrated and tested at the proving ground, in particular, RS-80 missiles suitable for use in various applications, and a high-explosive fragmenting projectile for the popular MT-12 "Rapira" guns.

"All the new tested developments of the Ukrainian defense-industrial complex have demonstrated their high efficiency, and after taking them on armament, they will considerably strengthen our military potential," Turchynov said.

If you see a spelling error on our site, select it and press Ctrl+Enter
Tags: #Ukraine#weapons#Turchynov#NSDC#tests#militaryequipment
Latest news