Two small armored artillery boats, the R177 Kremenchuk and the R178 Lubny, were accompanying them. 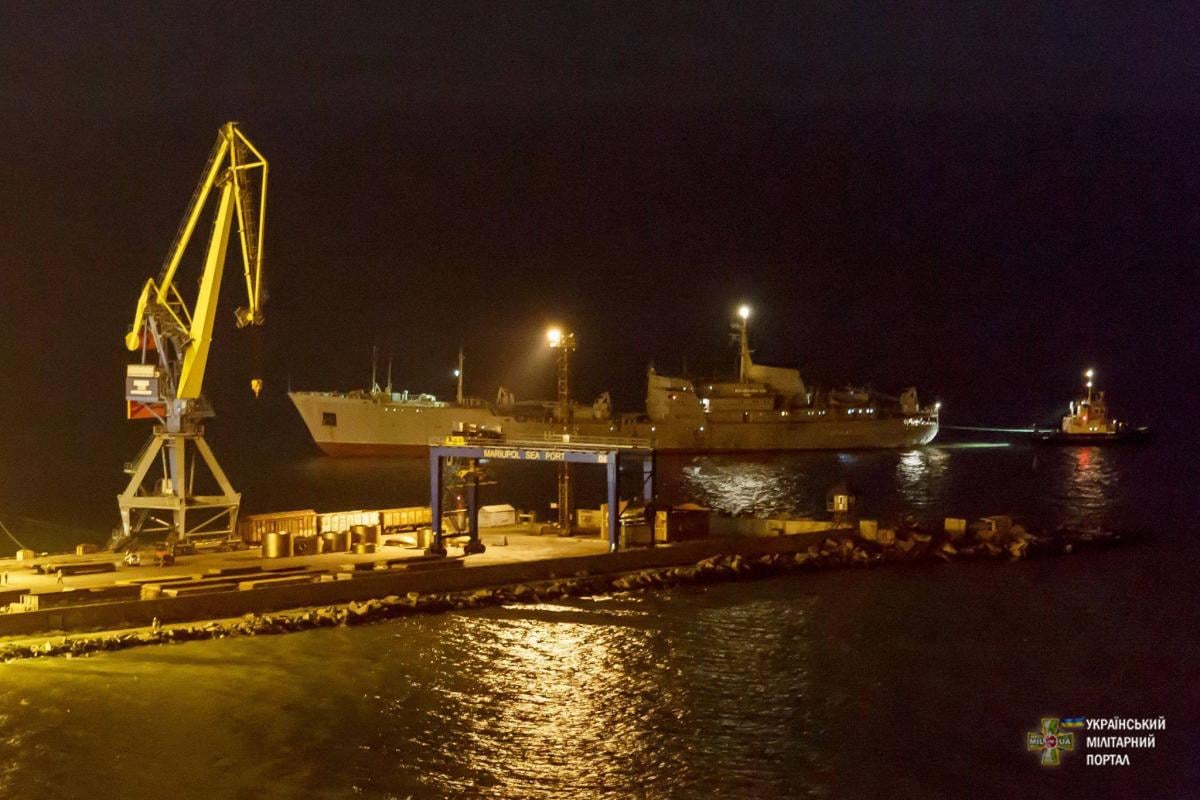 Two Ukrainian ships accompanied by two armored boats, which crossed the Russian-controlled Kerch Strait on September 23, have safely arrived in the Ukrainian strategic port city of Mariupol in Donetsk region.

"The Donbass search and rescue ship (A500) and the Korets tugboat (A830) arrived in Mariupol, being accompanied by two small armored artillery boats, the R177 Kremenchuk and the R178 Lubny," the Ukrainian military portal mil.in.ua said.

Read alsoUkraine creating naval base in Sea of Azov – Poroshenko

UNIAN info. The Donbass was built in Poland in 1969 as a repair ship. It repeatedly participated in military campaigns of the 1970s. In 2001, it was converted into a command ship and renamed "Donbass." During its service in the Armed Forces of Ukraine, the ship has repeatedly participated in international exercises, Ukrainian Navy parades and other naval events. In 2004, it caught fire during repairs in Sevastopol. In 2007, it was hit by a cyclone but did not suffer. In 2013, the vessel became a search and rescue ship. After the occupation of the Autonomous Republic of Crimea by Russia, it was dispatched by Russians to the Ukrainian port city of Odesa. Its tonnage is 5,520 tonnes, its length is 122 meters, beam is 17 meters. Its speed is up to 12 knots. Its crew includes 145 people. It is additionally equipped with 12.7mm DShKM machine guns.

The R177 Kremenchuk and the R178 Lubny are the first armored boats recently built by Ukraine on the basis of the Gyurza-M class artillery boat and used for patrolling in the Sea of Azov.

If you see a spelling error on our site, select it and press Ctrl+Enter
Tags:RussianAggressionBlackSeaAzovUkraineNavy