Stratfor: Ukraine and Russia take their conflict to the sea

The military buildups and growing tensions between Russia and Ukraine on the sea come amid a broader standoff between Moscow and the West over Ukraine. 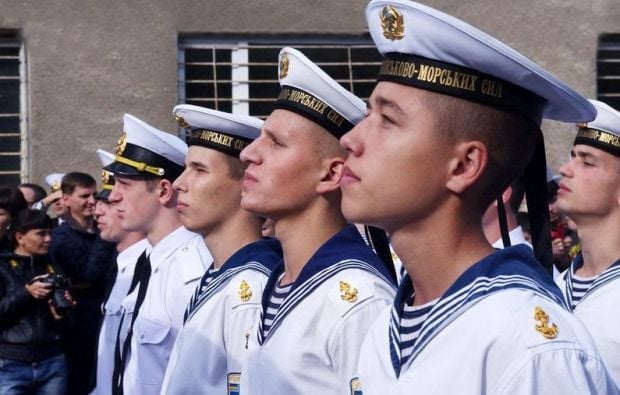 The conflict between Ukraine and Russia has so far been restricted to ground battles over control of eastern Ukraine. Recent developments, however, suggest that the war – now in its fifth year – could soon spread to the sea.

On September 16, the Ukrainian government announced plans to create a naval base in the Sea of Azov before the end of the year, four days before President Petro Poroshenko confirmed Kyiv's intentions in a speech to parliament. The statements come amid military buildups by both Ukraine and Russia in the Sea of Azov, which have been provoked in part by Moscow's construction of a bridge between Crimea and mainland Russia. The bridge has allowed the latter to harass Ukrainian vessels as part of larger restrictions on its shipping. As a result of the growing tensions, a flare-up is now entirely possible on the Sea of Azov, especially if the United States also brings its weight to bear in the conflict, the U.S.-based private intelligence firm Stratfor wrote.

Ukraine announced the deployment of two armored artillery boats to the port city of Berdyansk on September 8, about a week after a Ukrainian naval commander said the country would send more vessels, marines and artillery to the sea. And to support the naval buildup, the commander of the Ukrainian Ground Forces, Col. Gen. Serhiy Popko, announced on September 12 that Ukraine would bolster its ground forces near the sea amid plans to establish permanent territorial defense structures and deploy missile and artillery forces, as well as the air force, to the region "to provide reliable coastal defense." For its part, Russia has reportedly redeployed at least 10 warships and up to 40 patrol boats from the Caspian Sea to the Sea of Azov in recent months.

Read alsoUkraine creating naval base in Sea of Azov – Poroshenko

In terms of overall naval deployments, Russia is in a much stronger position than Ukraine in the area around the Black Sea. The Ukrainian navy possesses 66 combat and auxiliary naval units, as well as about 11,000 service members. In contrast, Russia's Black Sea Fleet, which is headquartered in Sevastopol, boasts more than 2,800 vessels and 25,000 service members. And the disparity is not just in quantity but in quality as well: On average, Ukraine's vessels are much smaller and weaker than those of their Russian adversaries.

Forty Russian warships are currently on the Sea of Azov, although Moscow has not permanently stationed the vessels there. Instead, it can move its warships between the Azov and Black seas as necessary. At the same time, Russia has also stationed 40,000 troops in Crimea.

Kyiv suffers from the added disadvantage that it lost the port city of Sevastopol after Moscow annexed Crimea in the wake of the Euromaidan uprising in 2014, forcing Ukrainian authorities to shift their primary naval base to Odesa. At present, Ukraine does have a presence on the Sea of Azov, but the deployments are relatively small, featuring just two coast guard detachments in Berdyansk and Mariupol that use only small and outdated patrol boats.

The bridge putting up barriers

The Sea of Azov is of critical importance to Ukraine's economy – perhaps even more so since Kyiv lost Crimea – because 80 percent of the country's exports now pass through the body of water. After Moscow annexed Crimea, Berdyansk and Mariupol began to receive some of the cargo traffic that previously went to Ukrainian ports in the peninsula. But Moscow's construction of the new bridge across the Kerch Strait, the only passage between the Sea of Azov and the Black Sea, has cut cargo shipments to the Ukrainian ports – and triggered the military buildup by both countries.

Technically, both Ukraine and Russia enjoy free use of the Sea of Azov under a 2003 agreement, but Moscow has subjected Ukrainian vessels to its own authorization procedures to traverse the strait since construction began on the bridge in April 2015. The Russian Transport Ministry has periodically closed access to all Ukrainian ships after a July 2017 order that enabled Russia to deny access to the Sea of Azov to any vessels except Russian warships during certain timespans. Russia duly shut off access during August 27-29 and October 11-13 last year. (Compounding Ukraine's problem is the design of the bridge, which is too low for Panamax vessels, which accounted for about 23 percent of all ship traffic in the area in 2016, to pass through.)

In recent months, Russia has been interrupting even more freighter traffic from Ukraine, stopping as many as 148 ships sailing to Ukrainian ports between May and mid-July, according to Ukraine's infrastructure minister, Volodymyr Omelyan. In total, Russia's actions are costing Ukraine $20 million to 40 million every year, and although they have not yet led to supply shortages, the costs could pile up in the future. In response, Poroshenko has accused Russia of violating international law, prompting Ukraine to file a case against Moscow in international arbitration courts in addition to deploying more naval forces to the area.

The sea between East and West

The military buildups and growing tensions between Russia and Ukraine on the sea come amid a broader standoff between Moscow and the West over Ukraine. The United States and the European Union have extended and increased sanctions against Russia over the conflict in Ukraine. At the same time, the various sides to the conflict have failed to make progress on negotiations over a U.N. peacekeeping force in Donbas due to differences between Russia and the West over its objectives and limits.

In the meantime, fighting in eastern Ukraine has been increasing after the assassination of Donetsk leader Alexander Zakharchenko at the end of August – an incident that disrupted a cease-fire agreement to mark the start of the school year. As a result of Zakharchenko's murder, Russia has said it no longer has immediate plans to meet in the Normandy Four, a grouping that brings together Russia, Ukraine, Germany and France as part of a broader political component of the negotiations, although it confirmed that it would not entirely abandon the Minsk process – the tactical component of the negotiations featuring Russia, Ukraine and the West.

Meanwhile, Ukraine has been revising or terminating many of its agreements with Russia as it pursues the longer-term aim of severing its links with Moscow. As part of a first step, Foreign Minister Pavlo Klimkin has said Kyiv plans to terminate the agreement on the use of the Sea of Azov.

As with the conflict in eastern Ukraine, the U.S. position in supporting Ukraine in its military buildup on the Sea of Azov will be critical in managing the growing tensions in the Ukraine conflict. Since the Euromaidan uprising, the United States has increased its security assistance to Ukraine, sending the country lethal weaponry – particularly the anti-tank Javelin missile systems – while also participating in joint military exercises with the Eastern European ally. On the Sea of Azov, the U.S. State Department has denounced Russia's alleged "harassment of international shipping," while the department's spokeswoman, Heather Nauert, accused Russia of attempting to destabilize Ukraine through its interference with ships. Amid such a backdrop, U.S. special envoy to Ukraine Kurt Volker visited Kyiv last week and said that Washington was considering sending more lethal weaponry, although it is not yet clear if such arms would have a direct connection to the Sea of Azov.

Ultimately, however, there is little the United States can realistically do with regard to the Ukrainian navy in the short term, because the force is simply too weak in comparison to its Russian counterpart. Washington, as well as Brussels, could potentially help Kyiv in others ways through the provision of financial assistance or port investment to compensate Ukraine for some of its losses. Alternatively, if the United States decides to demonstrate its support for Ukraine in a more physical manner – such as by sending naval vessels to visit the country's Azov ports, for instance – it could upend the nature of the conflict.

Just as the risk of an escalation in the ground conflict in eastern Ukraine is growing, the potential for maritime flare-ups between Kyiv and Moscow is rising as both deploy naval forces to the Sea of Azov. As Ukraine chafes at the restrictions Russia has imposed on its shipping, questions over the use of the sea will loom large in the broader standoff between the Kremlin and the West over Ukraine – particularly as Washington mulls whether to enter the conflict more forcefully on Kyiv's side.

If you see a spelling error on our site, select it and press Ctrl+Enter
Tags:RussiaUkraineUSAWestconflictAzovsea