22:40, 25 September 2018
Politics
928 0
The president of Ukraine once again called for the increased pressure on the Russian Federation aimed to immediately release all Ukrainian political prisoners. 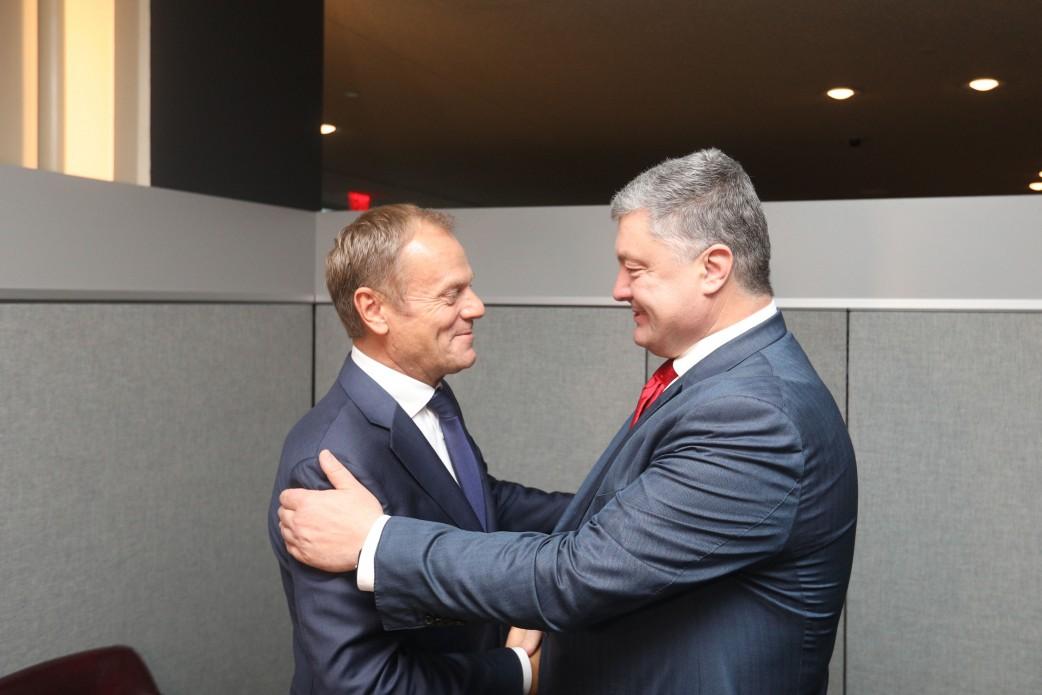 Ukrainian President Petro Poroshenko and President of the European Council Donald Tusk have discussed the security situation in Donbas and the implementation of the Minsk agreements.

In the framework of the 73rd session of the UN General Assembly, the president of Ukraine and the president of the European Council also exchanged views on the ways to implement the agreements reached at the XX Ukraine-EU Summit, according to the president's press service.

Poroshenko thanked for the EU decision to extend economic sanctions against Russia by January 31, 2019. The parties also called it necessary to intensify international efforts to protect Ukraine's interests from the illegal actions of the Russian Federation in the Sea of Azov.

The president of Ukraine once again called for the increased pressure on the Russian Federation aimed to immediately release all Ukrainian political prisoners, including Oleh Sentsov, Roman Sushchenko and Volodymyr Balukh.

If you see a spelling error on our site, select it and press Ctrl+Enter
Tags: #Russia#Donbas#Poroshenko#Ukraine#UnitedNations#Tusk#MinskAgreements#politicalprisoners#GeneralAssembly#EuropeanCouncil
Latest news