Poroshenko and Volker also stressed the need for the immediate release of all Ukrainian hostages. 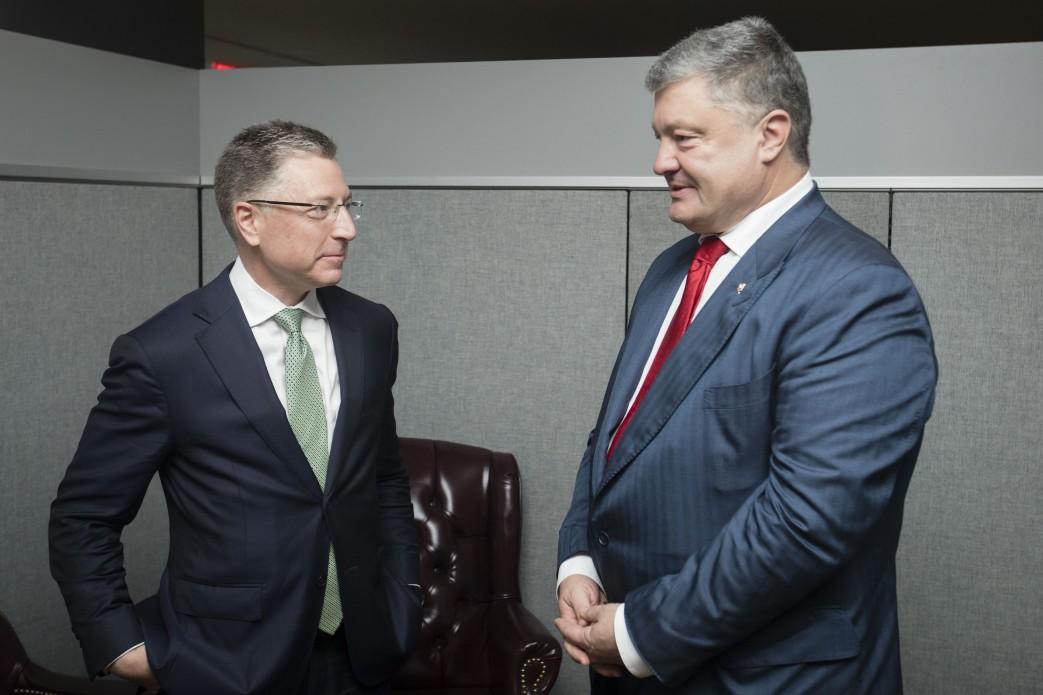 Ukrainian President Petro Poroshenko and U.S. Special Representative for Ukraine Negotiations Kurt Volker have discussed the prospects for the deployment of a UN peacekeeping mission in Donbas.

In the framework of the 73rd session of the UN General Assembly, the parties discussed the latest developments in Donbas and the prospects for the deployment of a multinational peacekeeping mission under the aegis of the United Nations in its occupied part, according to the presidential press service.

Poroshenko and Volker also stressed the need for the immediate release of all Ukrainian hostages.

Particular attention was paid to cooperation in the field of security and defense between Ukraine and USA, as well as interaction on further implementation of reforms in Ukraine.

Volker also informed the Ukrainian president of increasing the sanctions pressure against the Russian Federation, in particular including another 12 Russian companies into the sanctions list.

If you see a spelling error on our site, select it and press Ctrl+Enter
Tags:RussiaDonbasPoroshenkoUkraineUSAUnitedNationspoliticalprisonersKurtVolkerGeneralAssemblypeacekeepingmission