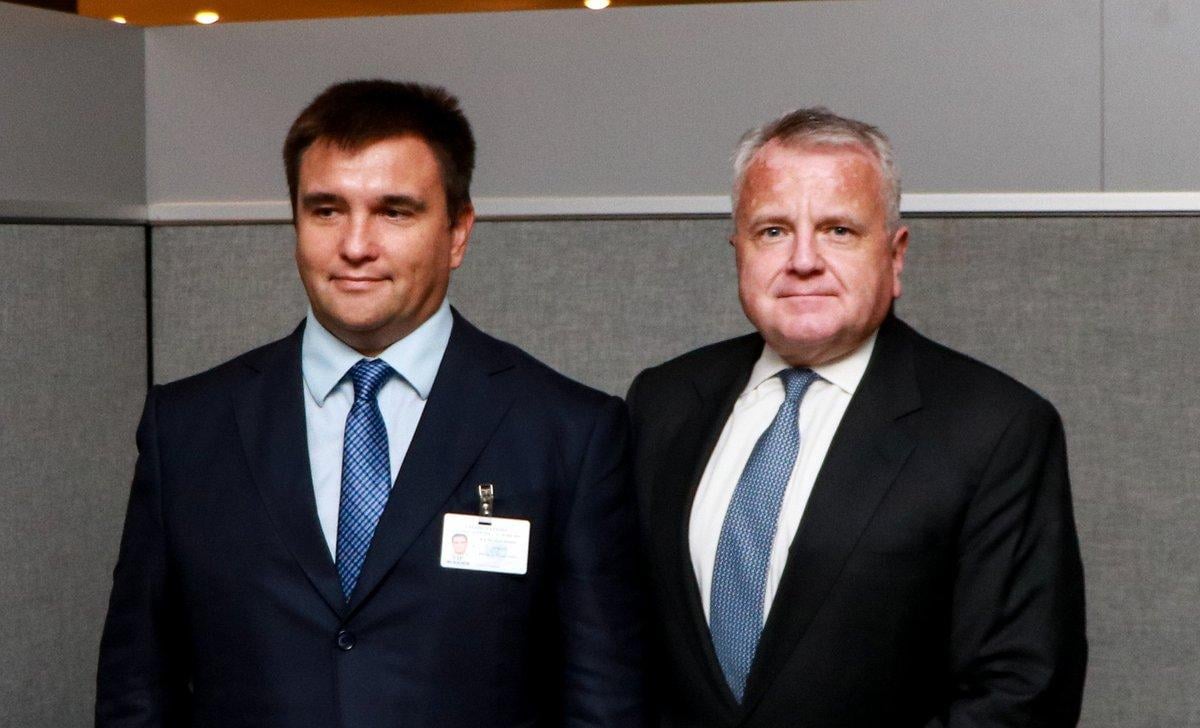 A top U.S. official has met with the Ukrainian foreign minister in New York to discuss "cooperative efforts against Russia's malign influence," among other things, the State Department says.

A statement said the September 25 meeting between U.S. Deputy Secretary of State John Sullivan and Ukraine's Foreign Minister Pavlo Klimkin on the sidelines of the UN General Assembly also touched upon Russia's "use of energy projects to extort and intimidate Ukraine and other European allies," as well as Kyiv's progress in implementing political and economic reforms, RFE/RL reported.

Sullivan reiterated that the United States "will never recognize Russia's attempted annexation" of Ukraine's Crimean Peninsula and reaffirmed "strong U.S. support" for the country's sovereignty and territorial integrity, according to the statement.

Relations between Moscow and the West have deteriorated to a post-Cold War low over issues including Russia's seizure of Crimea in March 2014, its role in wars in Syria and eastern Ukraine, its alleged election meddling in the United States and Europe, and the poisoning of a Russian double agent and his daughter in Britain in March.

Fighting between Ukrainian government forces and Russia-backed separatists has killed more than 10,300 in eastern Ukraine since April 2014.

Moscow's support for the separatists and its illegal annexation of Crimea prompted the United States, the European Union, and others to impose sanctions on Russia.

Washington has also threatened to impose sanctions over the construction of an underwater natural gas pipeline to deliver Russian natural gas directly to Germany under the Baltic Sea, circumventing the traditional route through Ukraine.

Speaking at the UN General Assembly on September 25, U.S. President Donald Trump said that Germany "will become totally dependent on Russian energy if it does not immediately change course" on the construction of the Nord Stream 2 pipeline, which aims to double the capacity of an already existing pipeline.

If you see a spelling error on our site, select it and press Ctrl+Enter
Tags:UkraineUSAUnitedNationsKlimkinGeneralAssemblySullivan