Russia annexed Ukraine's Autonomous Republic of Crimea and the city of Sevastopol in March 2014. 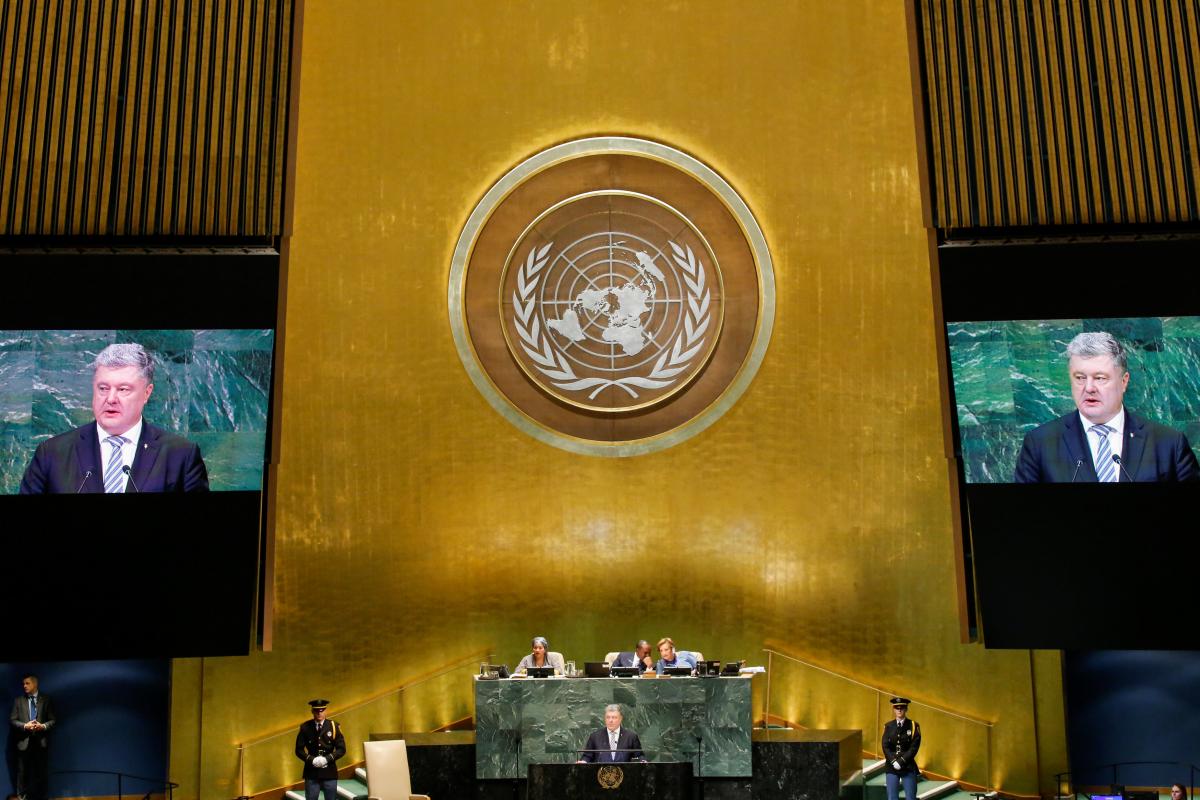 "It has been almost four years since Russia's attempted annexation and illegal occupation of Crimea and Sevastopol. Under Russian occupation, Crimea has turned into a military stronghold threatening security and stability in the entire wider Black Sea region. We believe that the increasing militarization of Crimea deserves the General Assembly's close attention and prompt reaction," he said in a statement during the General Debate of the 73rd session of the United Nations General Assembly late on Wednesday, September 26.

According to the Ukrainian president, Russia's aggressive policies as well as its arrogance in using lethal weapons multiply the threat.

"In this regard, Ukraine counts on your active support for the relevant resolution during this session," he said at the UNGA.

As UNIAN reported, Ukraine's Ministry of Foreign Affairs is preparing a new draft resolution on Crimea for consideration at the UN General Assembly late this year. The new draft resolution on Russian-occupied Crimea, which will be submitted to the UN General Assembly by the end of the year, will include, among other things, the issue of Ukrainian political prisoners.

Russia in March 2014 annexed Ukraine's Autonomous Republic of Crimea and the city of Sevastopol, which was used as the base of the Russian Black Sea fleet after the collapse of the Soviet Union in 1991.

If you see a spelling error on our site, select it and press Ctrl+Enter
Tags:PoroshenkoRussianAggressionoccupiedCrimeaUNGAPresident Poroshenko