Sentsov was transferred from the colony to a municipal hospital for a "scheduled" health checkup, the press service said. 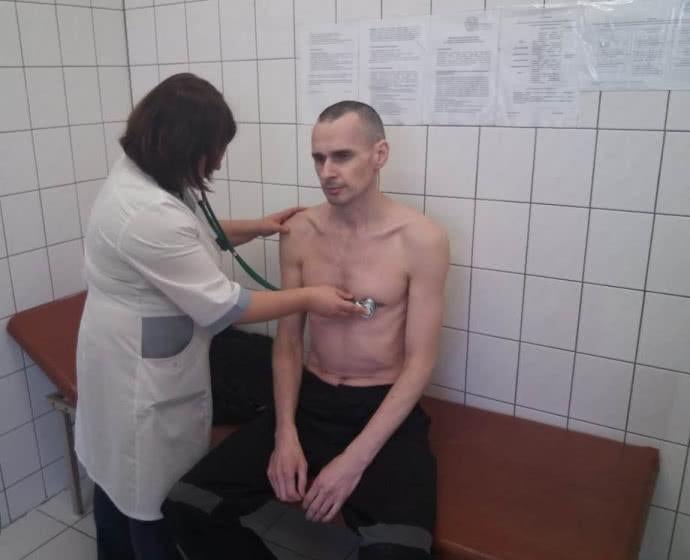 The press service of the Federal Penitentiary Service's department in Yamalo-Nenets Autonomous Area (Russia) has published a photo of Ukrainian film director Oleh Sentsov, undergoing health examination; he has been on hunger strike in a Russian penal colony since May 14, 2018.

"Given the results of the health checkup, treatment of Oleh Sentsov was adjusted," it said, giving no details on this.

As was earlier reported, on September 28, the Federal Penitentiary Service's department in Yamalo-Nenets Autonomous Area said that Sentsov had been transferred from the colony to the hospital for a "scheduled" health checkup.

On September 10, Sentsov wrote a will regarding his artwork, in the event of his death.

He went on hunger strike on May 14, demanding that Russia free all Ukrainian political prisoners. Sentsov's cousin, Moscow-based journalist Natalya Kaplan says his condition is critical and things are "catastrophically bad."

Sentsov's mother pleaded with Putin to pardon her son, but the Kremlin turned her letters down, saying that Sentsov himself needs to appeal for a pardon. However, he does not intend to do this.

If you see a spelling error on our site, select it and press Ctrl+Enter
Tags:RussiaCrimeaPutinSentsovpoliticalprisonershealthconditionhungerstrike