The journalist says it's not the information about German's guilt that is more important but that about "the roots" of the assassination attempt. 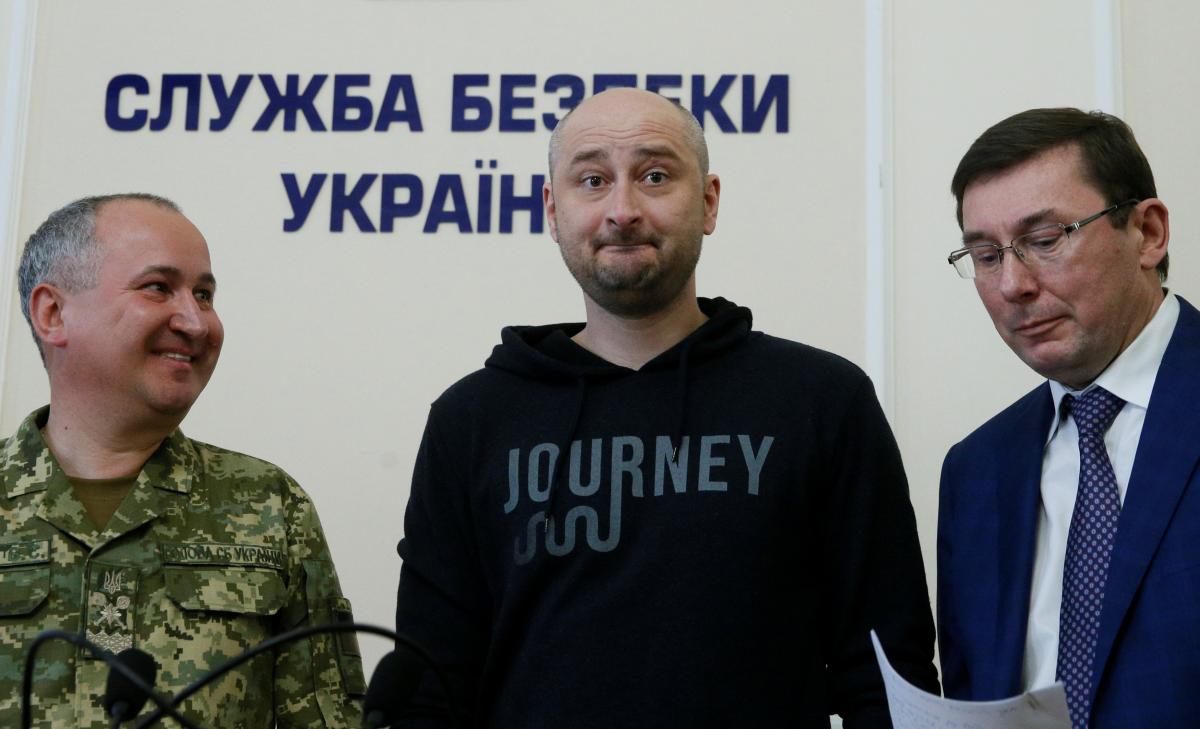 Russian journalist Arkady Babchenko, who now lives in Kyiv and who with the SBU help outsmarted an assassination attempt, revealed some details of the investigation deal with the man charged with the attempted hit, Boris German, who had already been sentenced.

"A monthly moratorium imposed by the court on non-disclosure of the terms of the deal expires today. It came to an end. Now I can speak up. The SBU may only operate data in the context of this particular case. I have no such restrictions and I can tell you what I've learned as a result of my actions. I have no access to the case file. I am a witness in this case, so I don't know what German told the court, what information he gave to the investigation, with whom he cooperated, why the trial was held behind closed doors, and how it was investigated – all these questions should not be addressed to me. Also, I don't know about the terms of the deal. I don’t even care. The SBU say they will provide evidence – OK, I hope they will do so," Babchenko wrote on Facebook.

The journalist says it's not the information about German's guilt that is more important but that about "the roots" of the assassination attempt. My interest begins where the SBU interests end – at the border with Russia."

"The FSB makes inquiries about me with all government agencies, collects information, and forwards it to [Viacheslav] Pivovarnik [previously accused of financing terrorism in the territory of Ukraine for money from a so-called 'Putin's fund'], who transfers it to German as a file on me. Ahead of the hit, a distracting rumor is being spun about the 'ISIL terror acts' plotted in Kyiv. They plan to kill another person, a Russian opposition figure, a refugee, in Vilnius on the same day. The executor is also selected in Ukraine. It is important for them to have traces leading to Ukraine. Most likely, this order did not come from German. Therefore, there is at least one more center in Ukraine which organizes terrorist attacks," Babchenko said.

Terrorist acts in Ukraine had been plotted for at least 11 months before the first attempt on the journalist.

"Through their people in law enforcement agencies, Russia's special services have the opportunity to organize at least non-inspected car trips across Kyiv, and, perhaps, bring in some of their 'oligarchs.' Having realized that the operation failed and the extra information has been leaked to the investigation, there was an attempt of putting pressure on, and, possibly, physically eliminating a witness in Kyiv," Babchenko said.

He noted that "it is likely that the traces of ordering terrorist acts lead to 'Putin's cook' Yevgeny Prigozhin [said to stand behind the infamous "troll factory" in Russia], whose structures work closely with the Russian special services and are most likely coordinated from there. This gives grounds to speak of state terrorism."

Babchenko is convinced that Russian special services "have the opportunity to monitor the [Facebook] messenger. Well, at least my messenger.

"After the attacks had failed, a large-scale, massive online attack began on Ukrainian and pro-Ukrainian bloggers. Accounts of dozens of people with a total audience of a million readers have been blocked. It was an unprecedented act that had never happened before. These traces also lead to Prigozhin's structures," the journalist said.

"They were preparing for a long time. They were preparing seriously. That involved portable anti-aircraft missile launchers, anti-tank complexes, grenade launchers, teams in various cities, creation of pro-Russian parties, deployment of terrorist groups from Russia, etc. I don't know how many of these groups there are. German says there are a few; Pivovarnik says there are at least three of them. At least one of them had to meet with a witness in Kyiv, at least one was following a journalist in Kyiv, at least one was organizing a murder in Vilnius. This is without taking into account the Stelmashenko group, which was trained in Rostov and transferred to Ukraine, and which was detained in the framework of the German case. Nothing is over yet. Their plan has been partly implemented in Odesa. They will continue," Babchenko said, noting that the main goal was destabilization in Ukraine.

If you see a spelling error on our site, select it and press Ctrl+Enter
Tags:RussiaFSBassassinationattemptjournalistintelligenceclassifieddataBabchenkoPrigozhin