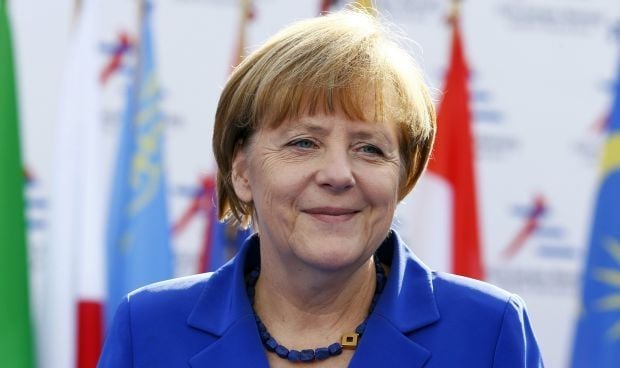 Merkel also says in her address that European unity is the key to solving the crisis in Ukraine and the restoration of the rule of law in the country.

“There is no doubt that we want security in Europe together with Russia, and not against Russia," Merkel says.

However, the German chancellor says there is also no doubt that "Europe cannot agree and do not agree with the so-called rule of the strongest one [being able to] violate international law."

It is from the position of being a "strong one" that Russia is acting in the east of Ukraine, Merkel says.

"At the same time Europe will not allow itself to be split - it will act together to protect the peace and order of its values," the chancellor says.

In her address, Merkel also draws attention to the threat posed by militants of the "Islamic State."

The chancellor also calls on European citizens not to support demonstrations by the far-right populist movement Pegida, which are mainly directed against Muslims and immigrants. She says that the activists of the movement are guided by "prejudice" and hatred of Muslims and migrants. In the new year Germany should become more united, Merkel says.

"This will make our society more humane and successful."