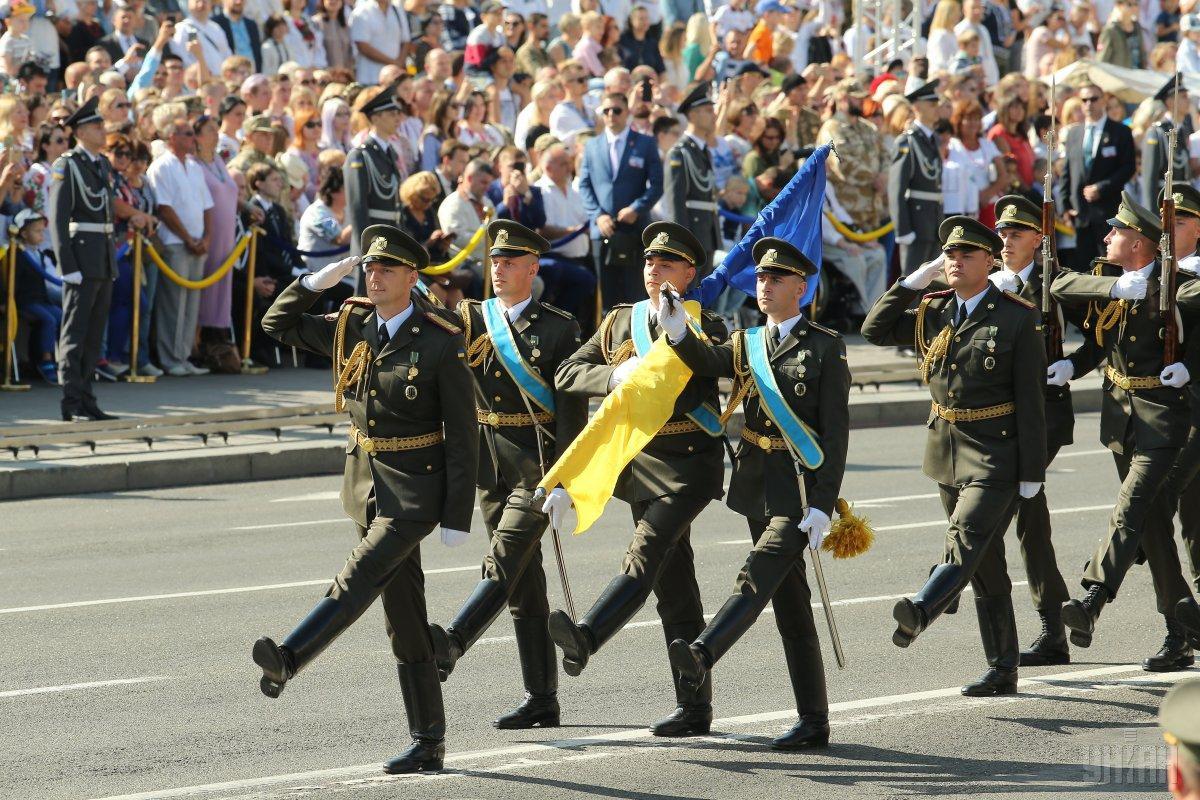 Ukraine's parliament, the Verkhovna Rada, has passes the law "On amendments to the charters of the Armed Forces of Ukraine" (No. 9036).

The relevant decision was backed by 271 MPs, an UNIAN correspondent reports.

The law establishes a new military greeting "Glory to Ukraine" – "Glory to heroes" in the Armed Forces of Ukraine and the National Police.

The law enshrines the use of an official address "Pan" ("sir" in Ukrainian) instead of the Soviet-era "tovarysh" [comrade].

As reported earlier, it was proposed in the first reading to leave the use of "comrade" in the army.

If you see a spelling error on our site, select it and press Ctrl+Enter
Tags: #Ukraine#Rada#GloryToUkraine
Latest news