The expert advises not to ignore cases of the issue of Hungarian passports to residents of areas adjacent to the border. 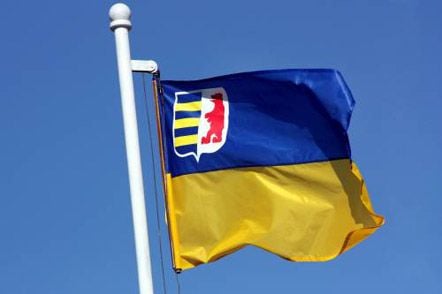 The offcial flag of Zakarpattia region

Military expert and blogger Oleksiy Arestovych has said Hungary's new policy to actively encourage a brain drain from Ukraine's Zakarpattia region threatens the national security of Ukraine, therefore the state should promptly respond to such steps of the Hungarian authorities, since inaction will lead to a repetition of the "Crimean scenario" in Zakarpattia.

Speaking in an interview to the Fakty daily newspaper, the expert advises not to ignore cases of the distribution of Hungarian passports to residents of areas adjacent to the border.

"It is worth responding to such actions, as this is a threat to national security and the opening of the second front according to the Crimean pattern in the long-term outlook," Arestovych said.

"Hungarians critically need manpower. They have big problems with working-age population. There are only 10 million people in the country, three of which went to the EU to earn money. And it is difficult for Hungarians to recruit people, unlike Poland. Hungarian language is very difficult. The only resource they have is the Hungarians who live in Zakarpattia," Arestovych said, explaining Hungary's activity in attracting Ukrainians to the country.

If you see a spelling error on our site, select it and press Ctrl+Enter
Tags:CrimeaUkraineHungaryZakarpattiamilitaryexpertscenario