Consultations on preparing for ‘Normandy format’ talks start in Berlin

Consultations have begun in Berlin on preparing for another round of Normady format talks between Ukraine, Russia, Germany and France, National Security and Defense Council spokesman Andriy Lysenko said at a briefing in Kyiv on Monday. 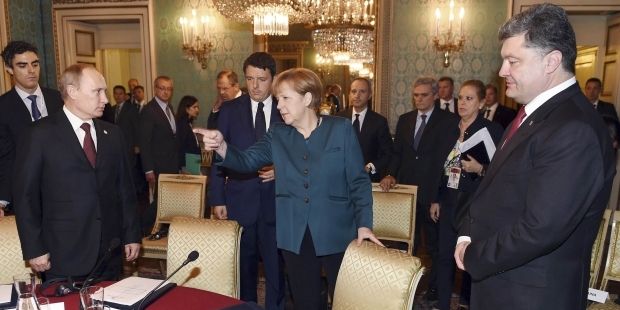 According to Lysenko, the consultations are being held in accordance with agreements reached during the telephone conference of the Ministers of Foreign Affairs of Ukraine, Germany, France and the Russian Federation on January 2. During the consultations the implementation of Minsk agreements and preparations for the meeting of heads of state in Astana (Kazakhstan), scheduled for January 15, will be discussed.

As UNIAN reported earlier, on December 29, Ukrainian President Petro Poroshenko informed that on January 15 there would be meeting in the Normandy format in Astana. Poroshenko said that it had been previously agreed that he, German Chancellor Angela Merkel, French President Francois Hollande and Russian President Vladimir Putin would participate.