George Tuka believes that Ukraine will need eventually need to set up dialogue with those living in the temporarily occupied areas. 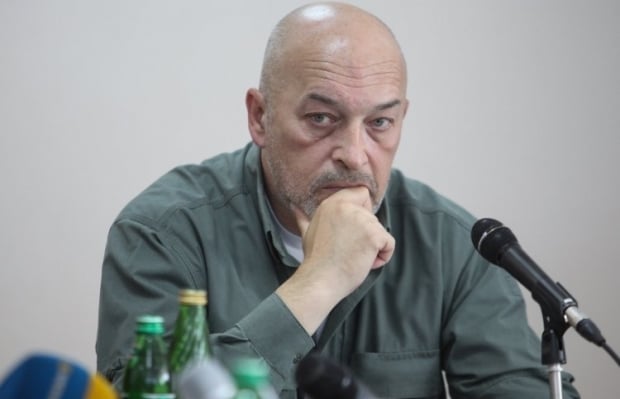 Deputy Minister for temporarily occupied territories and internally displaced persons, former head of the Luhansk military and civil administration George Tuka shared his vision of the Ukrainianization of Donbas.

"This is a very complex issue. What we're seeing now is the consequences of the lack of the state policy in relation to these regions throughout the history of an independent Ukraine. It would be too irresponsible to offer some kind of recipe that would yield a change in mentality of the population in two or three years. But never say never… Not long ago, the share of supporters of the idea of Ukraine joining NATO was about 10-15%, now it is almost 50%. And this is under the conditions of the lack of information policy regarding NATO," Tuka said, answering a reader's question during a live chat at Glavred.

Tuka noted noticeable gaps in the information policy pursued by the Ukrainian authorities regarding European integration and NATO membership.

At the same time, the official believes that Ukraine will not be able to avoid setting up dialogue with the residents of the temporarily occupied areas of Donbas.

"I am convinced that it is possible and necessary to communicate with the residents of eastern Ukraine. Dialogue is not just possible, it is necessary. I am convinced that it should not last a year, or two, or three. Maybe we will see some result in ten years of stubborn efforts – this should not be accompanied by violence. Cultural violence only generates resistance and rejection. Therefore, I don't perceive violence in this area and I believe that it will only do harm," the official says.

Tuka also believes that for the sake of unity, Ukraine will have to go through some painful processes, no matter any speculations and insinuations.

"If we want to live in a unified state, we are doomed to go through these painful processes. Had populist politicians not intervened, the process of reconciliation and healing would go much faster and be less painful, without phantom pains. I am a realist, therefore I understand that politicians will speculate for many, many years on this common pain of ours. For them, this is kind of a fertile soil, just as the issues of language, religion, or deputy immunity. They've been dancing on these speculative topics for 25 years," he said.

In addition, Tuka slammed criticism on pro-Russian militants' attempts to restore Soviet traditions in the temporarily occupied areas of Donbas.

“Let's focus our attention, aspiration, and efforts on those who are now 5 years old, not 50. Unfortunately, Russian occupation forces in the captured parts of the Luhansk and Donetsk regions understand this very well… These scums cripple the souls of our Ukrainian youths,” the official concluded.

If you see a spelling error on our site, select it and press Ctrl+Enter
Tags:RussiaDonbasTukadialoguereintegrationunity