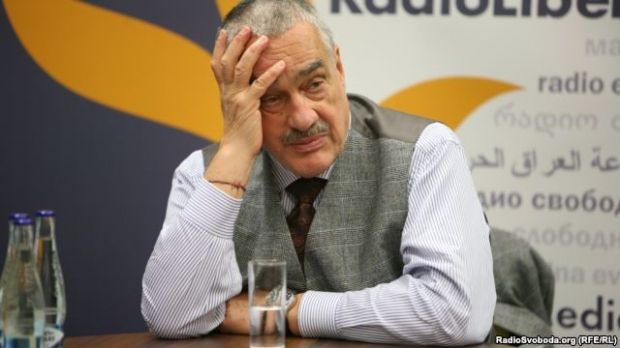 Schwarzenberg was commenting on Monday on earlier statements by Czech President Milos Zeman that Ukraine is waging a "civil war," Radio Liberty reports.

According to Schwarzenberg, when armed men began to seize Ukrainian cities in the east, "it was an armed coup, which Russia supported, in August last year.”

“This is an open war [by Russia against Ukraine], and nothing else."

Schwarzenberg compared the situation in Ukraine with the events in pre-war Austria.

"When before World War II Austrians largely thought that they are Germans, [but] after Hitler invaded them, they came to believe that they were independent Austrians,” Schwarzenberg said.

Mitrofanov said there was no truth in the statement of Zeman about the slogans chanted by the participants of a recent torchlight procession in Ukraine in honor of the 106th anniversary of the birth of the OUN leader Stepan Bandera.

"During the march in Kyiv mentioned by Zeman, there was only the slogan ‘Death to the enemies’, and not the Poles and Jews," the Czech political scientist said.